Let’s jump right on in to this week’s roundup. 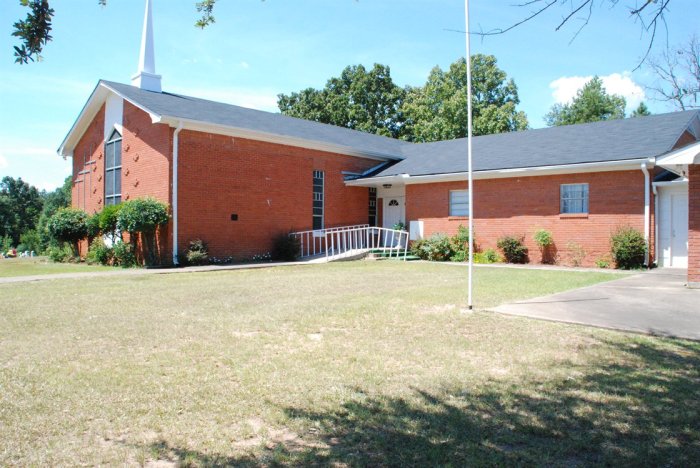 In Neshoba County, near Philadelphia, the Mt. Zion Methodist Church is in the process of being nominated for National Register of Historic Places.  Mt. Zion Church was burned by the Ku Klux Klan on June 16, 1964, nearly a week before three civil rights workers, James Chaney, Andrew Goodman and Michael Schwerner, were ambushed and murdered by the klan in Neshoba County on June 21, 1964.

Grenada‘s Illinois Central Depot was recently recognized with the addition of a historic marker.

The Clarion Ledger took us inside one of few remaining historic homes on  Jackson‘s North State Street.  The video has lots of pictures, but be sure to turn off the sound.  The CL really botched it on the music choice. 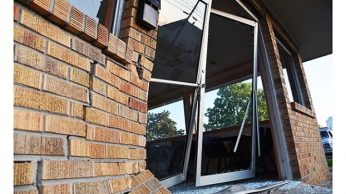 In Natchez a woman, reportedly attempting to run over a man, ran her vehicle into a small defenseless mid-century building.  The MDAH HRI database lists this building as a contributing resource to the Natchez-On-Top-of-the-Hill historic district.  While the damage is severe, it does not appear fatal to the c.1955 building.  This was the second vehicle to strike a historic building we’ve had to report in the past month.  Let’s all remember to slow down out there on the roads and especially to avoid running into historic buildings.

Another mid-century resource in Natchez also became endangered last week when a proposal to the Natchez-Adams School Board by M3A Architecture presented an option to make significant changes to Natchez’s Mid-Century Modern High School, which was featured in a MissPres post back in October, 2016.  Based on the rendering in the Natchez Democrat, the changes including tacked-on porticoes and enclosing courtyards to the current mid-century design.  The modern architecture non-profit organization DOCOMOMO (Documentation & Conservation of the Modern Movement) commented on the initial news with a tweet stating, “The re-historicization of our schools continues. There’s no need to add those porticos.”  With budgets so tight why are we trying to re-style a Modern building with porticoes, moldings and EIFS?

The re-historicization of our schools continues. There's no need to add those porticos. https://t.co/KcDoNRY3QG

Staying in Natchez, the city has set a public hearing  for today (4/25/2017) regarding the proposals for the reuse of the former Natchez General Hospital.  The city received two proposals for the Claude H. Lindsley designed structure but ultimately decided to table the decision in favor of a public hearing.  Hopefully there will be some good news for us to report in the next roundup.

Big news out of Hattiesburg this week. With Regions Bank moving out of downtown Hattiesburg to a rural campus, reuse plans for their soon-to-be former office spaces are already underway for two of the Hub City’s more notable Art Deco landmarks; the three-story (former) Kress Building and the nine-story (former) Forrest Hotel.  I applaud Regions’ thought towards stewardship of these prominent historic resources as part of their relocation plan, and know it is financially sound business not to let the structures go to waste.  I look forward to learning what the mix-use plans for redevelopment will entail.

The City of Biloxi is pondering the possibility of selling or leasing the Old Biloxi Library.  Originally funded by the King’s Daughters and designed by Carl Matthes in 1927, the library building was sold by the city when it was supplanted by a new library in the 1970s.  While privatly owned the building had been cut up into offices.  After Katrina the city required the building for the office space.  I was surprised to see the story’s author use the MDAH HRI database for reference, even though they misquote the database entry of Matthes.  Baby steps!

Damages caused to the A.K. Shaifer House outside of Port Gibson was done by thieves.

As far as I know there is still a $5,000 reward being offered by the Port Gibson Heritage Trust Battlefield Committee for info leading to the arrest and conviction of thieves responsible for damages done during the theft of historic materials from the 1826 Shaifer House outside of Port Gibson.

The website CityLab.com featured an article on one journalist’s work to document the built environment at locations of lynchings.  Several Mississippi historic sites have been his subjects.

The National Trust for Historic Preservation announced that Hart Family Fund for Small Towns grant applications are due May 1, 2017.

Like always, I probably missed a story or two, so if you know of any preservation-related news items not mentioned, or if you have more information about a story above please let us know in the comments below.  You can always keep up with late-breaking Mississippi Preservation news on our twitter feed @PreservationMS