Demolition Before and After: Super D, Jackson

Back in February 2012, I pleaded with Baptist Hospital to save the old Rexall drug store, also known as the Super D, located just north of the McDonalds on N. State. It was designed around 1950 by a young Robert Overstreet, the architect of another building with a fabulous cantilevered awning, had received the rare honor of being published in the Architectural Record, and it was still in good shape. 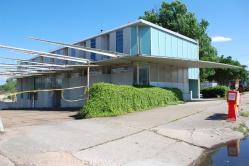 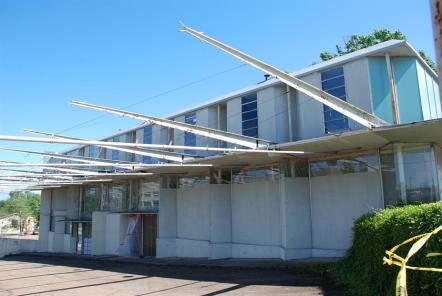 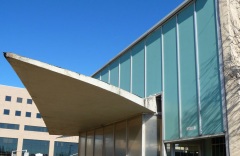 Look at that cantilever!

This is the best view I could get of the staircase–it’s more impressive in person. 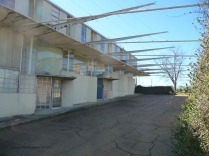 So, 5 years on, let’s take a look at its replacement! It must be something wonderful if they had to demolish the building RIGHT AWAY, no time to discuss! 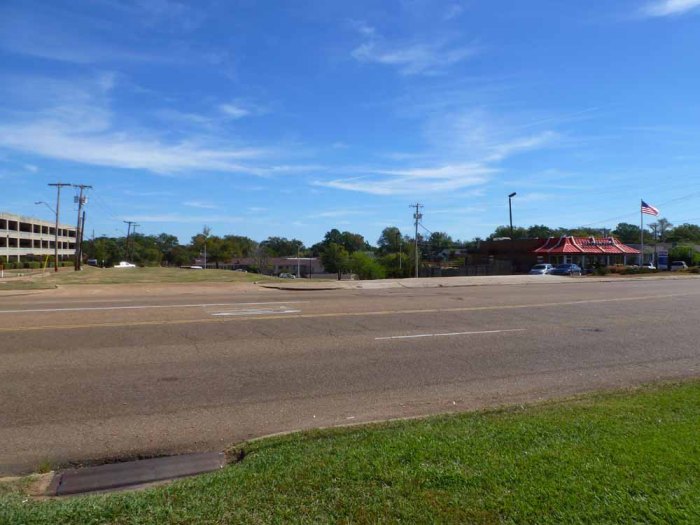 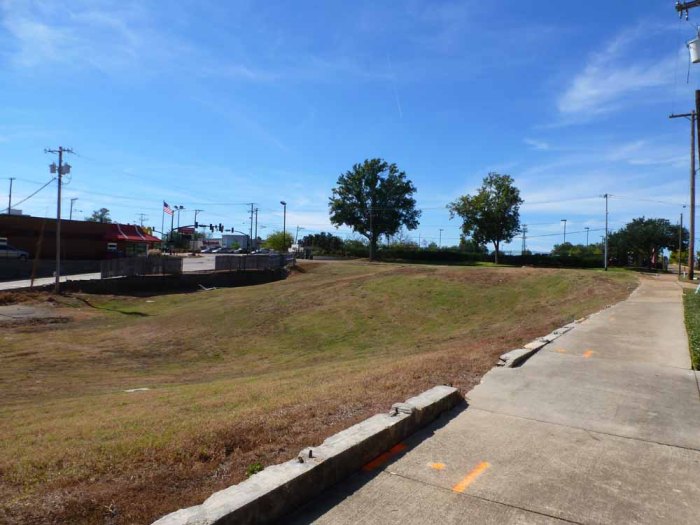 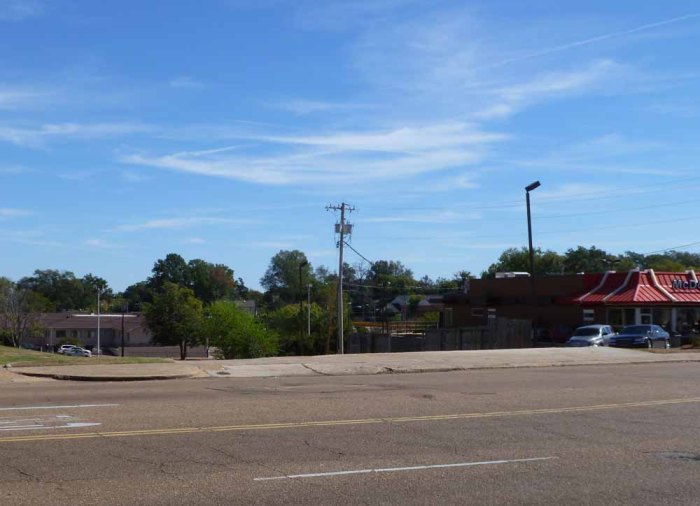 That’s right, it’s a big vacant whole–not just the Super D, but also two other buildings on that half of the block that had been occupied fairly recently before being demolished.

Too often, preservationists get painted into a corner in the media as “standing in the way of progress.” And too often, this is what “progess” looks like. 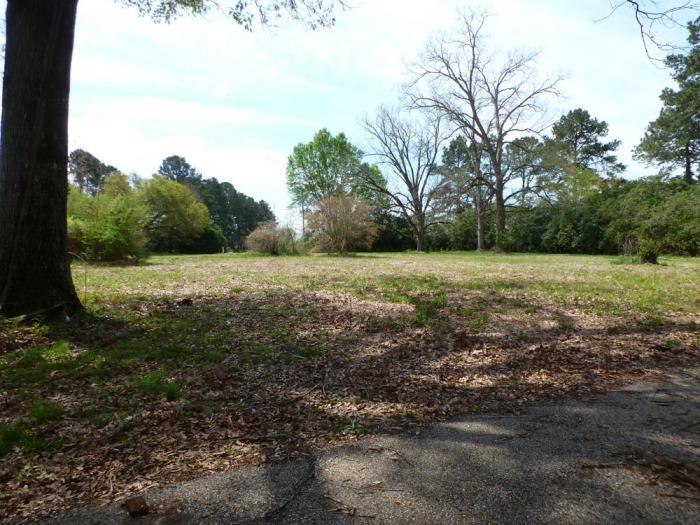 The sweet little grove where Ceres once stood. Still vacant, Warren County Port Commission, just like most of the rest of your industrial park.

How about the Meridian Hotel? Meridian’s 1907 high-rise hotel demolished in 2011 for the Mississippi Museum of Entertainment, which has only recently begun construction of its new museum, funded (or at least “pledged”) by Mississippi taxpayers to the tune of at least $29 million. Could they have built their new museum onto the old building and used the hotel for, I don’t know . .  a hotel? Who knows? They needed to tear down the building before they could tell what they needed to build at taxpayer expense. 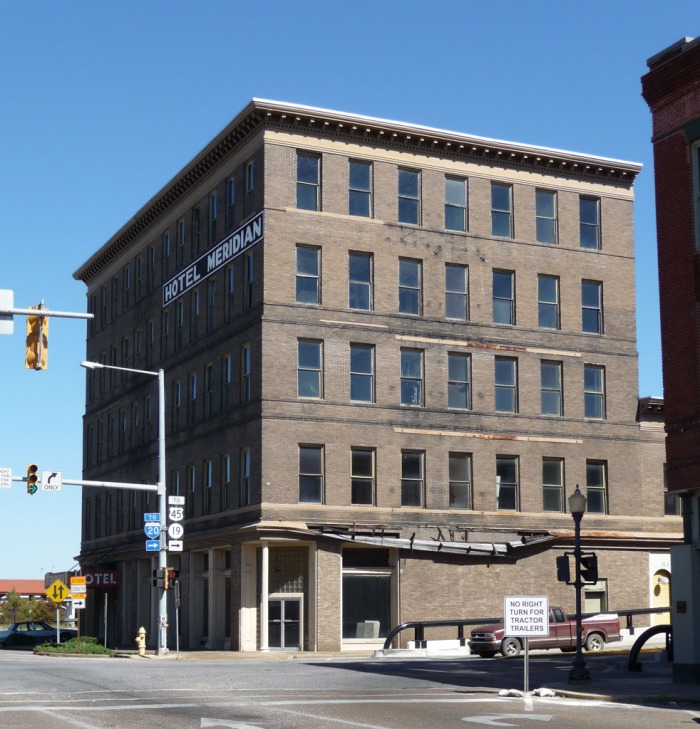 The list could go on, but that’s enough depressing news for today. Just remember that you can fight back next time a developer or government agency calls you crazy for wanting to save a perfectly useable historic building.