What is Rock Lath?

Have you ever seen a material attached to a wall that looked like drywall but maybe had some holes in it and possibly some plaster stuck to one side?  It’s possible you never have.  The material is called Rock Lath and much like our past MissPres Architectural Word of the Week “Grounds,” if it does it job correctly and without interference it will never be seen.

While similar to modern Drywall (Sheetrock) as a gypsum material, rock lath was treated chemically so it would be capable of accepting a wet veneer of plaster.  (This might also speak to why even though submerged during Katrina for several hours the rock lath did not mold the same way Drywall does.)  The most obvious difference between today’s Drywall and Rock Lath is that in Rock Lath a 5/8″ hole is cut to allow the brown coat of plaster to spill through and create a key.  These keys harden to hold the plaster veneer to the Rock Lath. The Rock Lath itself comes in sheets 16″ x 48″ and 1/2′ thick.  These sheets were applied to the wall in the same fashion as Drywall.  When all the Rock Lath is installed on the wall a brown coat (or undercoat) of plaster approximately 1/2′ thick is applied to the Rock Lath.  The finish coat of plaster is applied after the brown coat has dried.  The time saver with this process is that a third coat, the scratch coat–normally required in a normal lath and plaster wall–and its drying time are eliminated from the process.  Unfortunately good keys were rarely formed in Rock Lath and the chemical bond between the board and plaster must keep the wall section together. 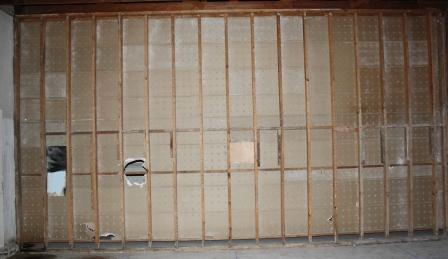 Another building in Jackson County that utilizes Rock-Lath is the Ocean Springs Community Center.  This building might also contain the world’s most valuable rock lath wall.  On the interior of this c. 1950 concrete block and asbestos clad community center is a mural painted by Ocean Spring’s best known artist, Walter “Bob” Anderson.  In perhaps the best investment offer ever Mr. Anderson offered to paint a mural on the walls of the community center for $1.  Today the mural is valued in the double-digit millions of dollars.   While most of the mural is painted on plaster walls over concrete-block, one small section over an alcove is painted on Rock Lath. The wood frame work over the alcove has settled differently than the rest of the block building, causing some cracking in the mural.  The city has just finished a Save America’s Treasures grant from the National Park Service to stabilize the mural, and the space looks great. 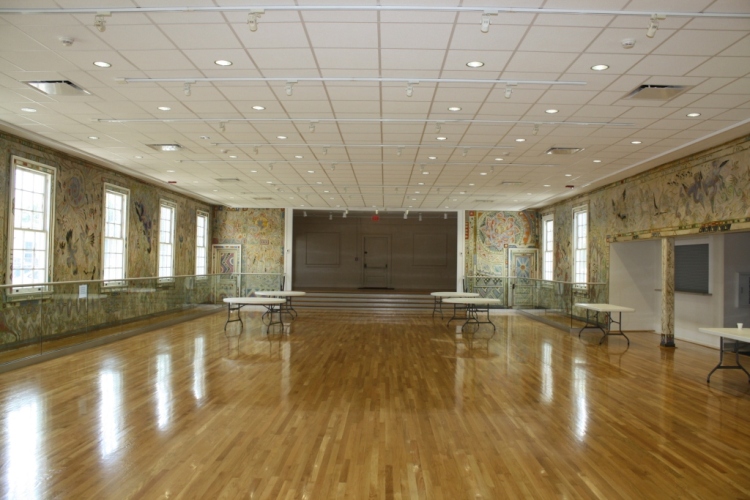