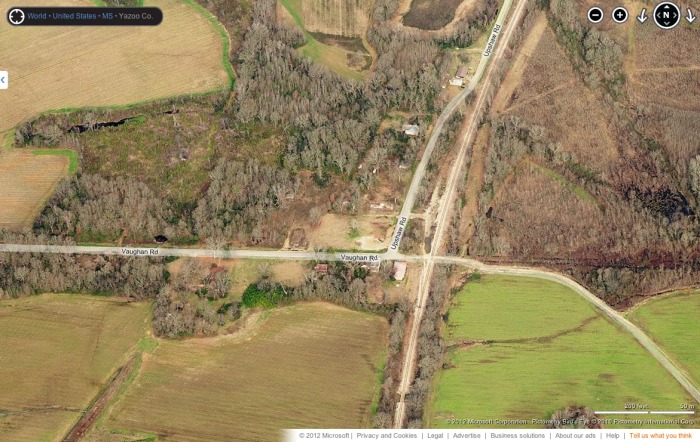 Vaughan, Mississippi, with an older aerial image showing the depot/museum just to the right of the intersection and along the railroad bed.

Recently I decided to take the Vaughan exit off I-55 to see how this little hamlet was doing. It’s been a while since I was through, maybe 2004 or 2005, but even then it seemed like things were slipping away. Vaughan was never a big town–maybe it would have qualified as a “village” back when that designation was still an official one. Vaughan’s primary claim to fame was the train wreck that killed engineer Casey Jones and that was made famous in “The Ballad of Casey Jones.” The wreck, which happened in 1900, occurred about a mile north of the Vaughan downtown.

Wikipedia actually has a detailed account of the accident and its aftermath.

Downtown Vaughan, once the home of the Casey Jones Museum (located to the left of this picture)

After the wreck, Vaughan continued as a small-time railroad stop and later Highway 51 hamlet, but it was the opening of a museum dedicated to Casey Jones that kept it as a going concern until the twenty-first century.

According to Elmo Howell’s helpful Mississippi Home-Places: Notes on Literature and History,

In 1980, near the site of Casey Jones’s wreck in 1900, the state Bureau of Recreation and Parks opened a museum in a restored train depot moved to the Vaughan site from Pickens, Mississippi. Vaughan itself is a ghost town with only a store, post office, and a few vacant buildings. The state has restored a large commercial building across from the museum.

Howell’s book was published in 1988, so obviously the museum wasn’t even enough to keep the few “downtown” buildings going if he was already describing it as a “ghost town.” I’m not sure how successful the museum was, since Casey Jones’ hometown, Jackson, Tennessee, has its own Casey Jones Museum. Not to be left out, Water Valley, up the mainline, has a Casey Jones Museum too, housed in a reconstructed railroad building on the old railroad line in downtown.

The Vaughan museum, like several other historical state parks such as Florewood, was closed in 2004, and whatever chance Vaughan’s few buildings had withered away. In 2008, the town of West got a grant to have the depot moved up the tracks to its downtown, where it stands today as a visitor center. By my count, this little intrepid depot is now in its third location–is that a record? You can see a picture of the depot when it was at Vaughan here. 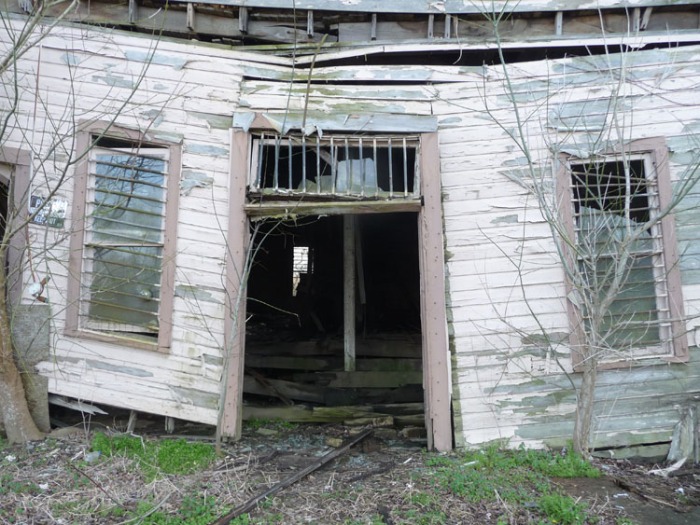 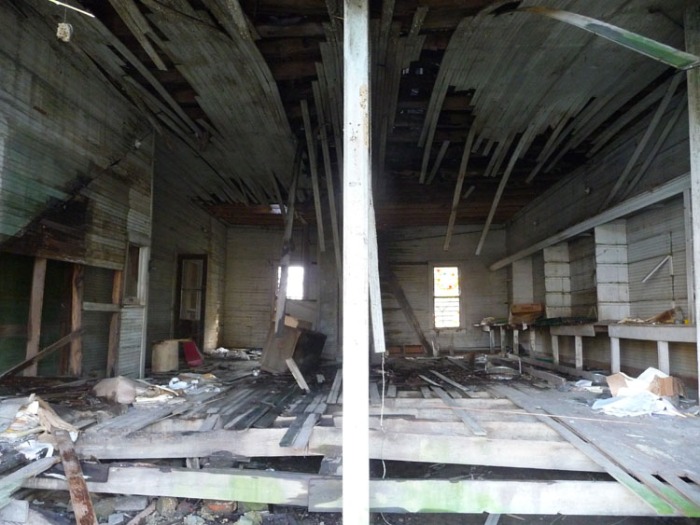 While the two-story building in downtown Vaughan is clearly too far gone for realistic hopes, the one-story old post office may still have a few years of life left in it, and at least two older homes still stand in varying stages of abandonment within a few steps of downtown. 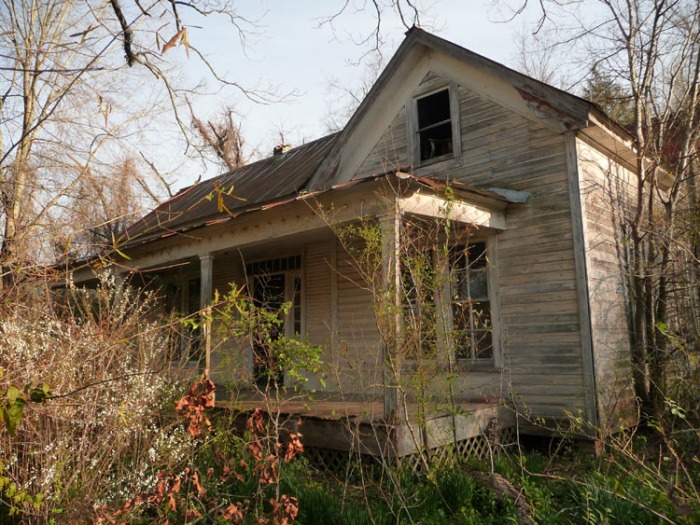 Abandoned nineteenth century house in "downtown" Vaughan still could be fixed up.

Another abandoned house in downtown Vaughan

From my brief observation, it seems that the recycling bins across from the downtown buildings are probably the main draw for people to stop here anymore.

Usually I end posts in the “Abandoned Mississippi” series with a call to action. This post may be more of a remembrance and an elegy. Vaughan, like many many Mississippi places once full of life–a particular kind of agricultural and railroad life–is slipping away. But its passing should not go unnoticed; it should be pondered. We can’t stop moving toward the future, but Mississippi will be different when all the places like Vaughan and Hot Coffee and Rodney have rotted away and disappeared back into the forest.