I’ve often admired this little brick commercial building on Old Canton Road in Jackson, just south of Highland Village, for its use of traditional motifs like the brick veneer, columned gallery, pilastered door surround, and other thoughtful details in what is clearly a 1960s or 1970s building. 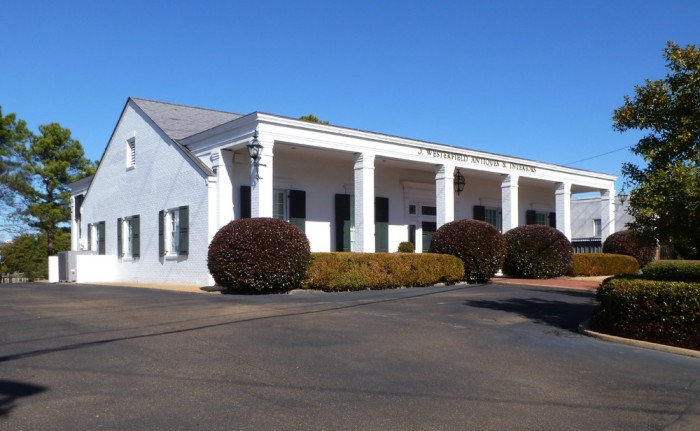 But my interest never developed into full-blown picture-taking until I happened upon this article while working in ancestry.com’s newspaper database for my recent research on Chris Risher, Mississippi’s eminent Modernist. Helpfully, along with all the other useful information, the article provided a picture of the Banker’s Trust in Greenville that was about to open. “Hey!” I thought to myself, “I’ve seen that building before!”

Open house at the new office of Bankers Trust Savings & Loan Association at 215 S. Broadway St. will begin at 10 a.m. Friday. Mayor Pat Dunne will cut a ribbon at a special 11 a.m. ceremony and the Rev. Reynolds Cheney will give an invocation.

Bankers Trust began operation in Greenville in March 1969 at a temporary office on Main Street. . . . “The expansion of the Greenville facility is in keeping with Bankers Trust’s policy of providing financial and insurance services to the fast-growing areas of our state,” Bankers Trust board chairman Charles A. Carter of Jackson said.

Carter said Bankers Trust is strictly a Mississippi institution and all of its loans are made within the state. “It is chartered and insured under state law and is a leader among the 36 state chartered associations now serving the state,” Carter said.

Bankers Trust operates 20 offices throughout the state and will soon complete its first decade of expansion, he said.

The new building, which has a rear entrance and drive-in window in addition to the main Broadway entrance, has been decorated in gold and green colors. Pecan paneling was used throughout the building.

“If our state is to realize its fair share of economic growth of the nation, it is imperative that the Mississippi financial institutions provide Mississippians in every community with savings facilities that keep Mississippi dollars working in Mississippi,” Carter said.

In the past large amounts of money have gone from Mississippi into other states because the state was not adequately served by financial institutions from within, Carter said.

“Home grown financial institutions are the only adequate solution. Recognizing these needs of our state and having faith in its future, Bankers Trust has dedicated itself to the task and has made its services available throughout most of the state,” he said.

And then, all of the sudden, once I realized that this Greenville bank had a twin in Jackson, I started noticing their other siblings around the state, so far in Columbus, Biloxi, Quitman, Monticello, Ocean Springs, Pascagoula, Petal, and of course, Jackson and Greenville. This all means that perhaps many more Mississippians have a Chris Risher design in their hometown than we had known, and also that Chris Risher could and would do Colonial Revival, something that an ideological Modernist would be horrified to consider. Yes, maybe he was just trying to pay the bills, but these aren’t throw-away designs–they’re thoughtfully done, even if we might quibble about the scaling of the windows and doors on the gallery. The fact that so many of these buildings are still in use and still intact with few exterior changes even if their occupant has changed shows the quality of the design. 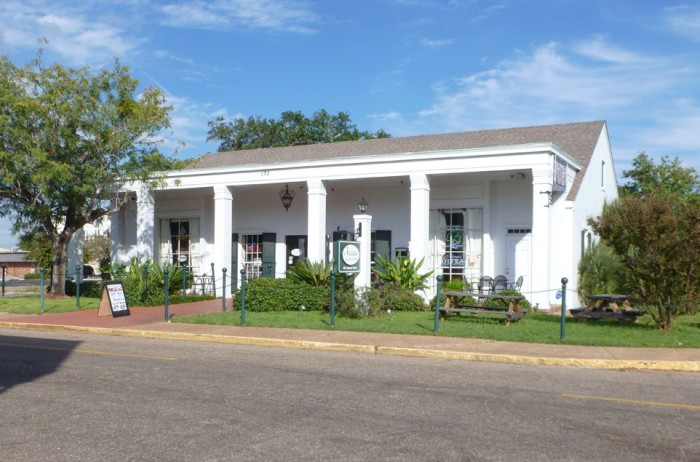 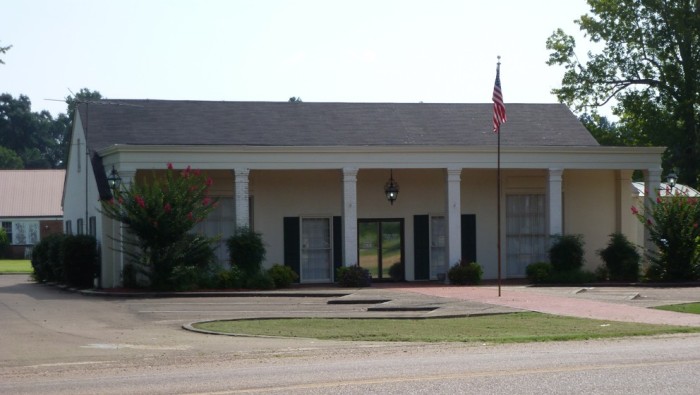 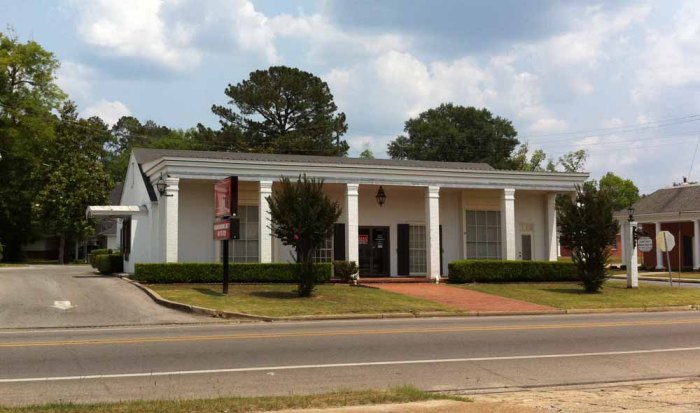 The Lucedale City Hall reminds me of the Risher banks, but I don’t have confirmation it was a Banker’s Trust. If so, it’s been remodeled and the gallery columns reworked. 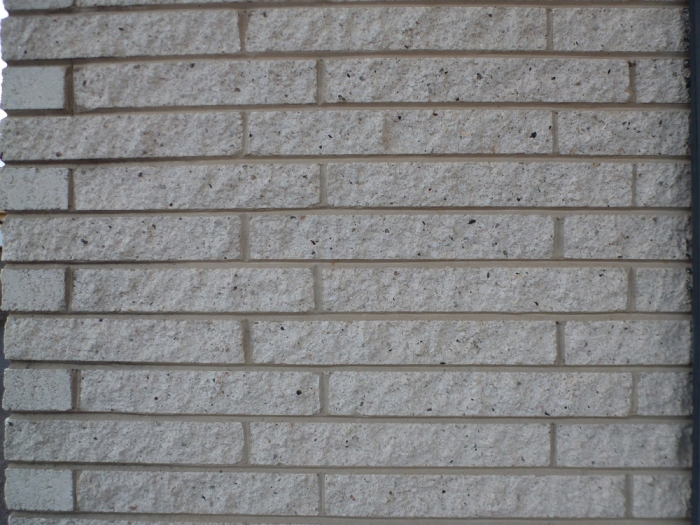 For good measure, here’s another newspaper description of a Banker’s Trust in Petal, and its gold carpet and gold and green drapes. Proving, I guess, that Chris Risher could do both groovy and Colonial in one fell swoop, like all good artists.

Bankers Trust Savings and Loan Assn., a Mississippi financial institution, will hold the formal opening of its new Petal branch office at 202 Central Ave. on Friday.

Open house will begin at 10 a.m. and ribbon cutting ceremonies will be held at 11, with Miss Kathy Green, Forrest County’s Miss Hospitality, cutting the ribbon.

Expected to be on hand for the occasion are Charles A. Carter of Jackson, board chairman of Bankers Trust, who will make a few remarks; Dr. John Nau of USM who will give the invocation; Dr. Joseph M. Ernest of Carey College; Dr. William D. McCain, president of USM; Louis Mapp of the Hattiesburg area Chamber of Commerce; Mayor Paul Grady of Hattiesburg; Reed Carter, principal of Petal schools; Milton Evans, Forrest County superintendent of education; and W. U. Sigler, chairman of the Forrest County Board of Supervisors.

The open house will continue until 6 p.m. Favors for adults and children will be given and those attending may register for five savings accounts in the amount of $100, $50, $25, $15 and $10.

The 2,500 square foot building is of Colonial design and built of oyster white brick. Chris Risher of Meridian was the architect, Fortenberry and Fortenberry of Columbia the contractors. The electircal work was by George Randall of Purvis and O. A. Wells of Jackson was the interior decorator. Landscaping of the corner lot was by Fisher’s Flowers and features low plantings in beds filled with marble chips.

A 12-foot walk leads from the street to the two front entrances. There also is a rear entrance leading from the parking lot for customer convenience. For those who do not wish to leave their car, there is a drive-in window.

The spacious lobby is in green and gold, attractive against white walls. Carpeting is gold and the drapes are green and gold with white sheers. The colors of the upholstered furniture compliment the room. To the left is the area where business is transacted and directly ahead is the office of the manager. It has a draped glass wall facing the lobby; other walls are of pecan paneling. The carpeting is gold and black and red accents are used in the furniture.

The conference room has a long pecan table, chairs upholstered in red leather, blue carpeting and blue and gold drapes.

Two other sitings, but no pictures yet:

Maybe this post will spur you to give a second look to a white brick, galleried bank building in your community, and if so, help us build our list of the 20 or so twins around the state by telling us about other locations.

Can’t get enough of Chris Risher?

Yes Virginia, there is hope for the Meridian Police Department 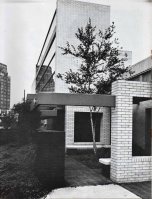