To avoid sensitive feelings, I’ll skip right over the football news this week, and head straight into preservation stories around the state.

Two cities will be offering downtown open houses this Saturday, November 1. Meridian’s Possibilities Tour will open up twelve historic buildings in need of a new use, according to the Meridian Star: 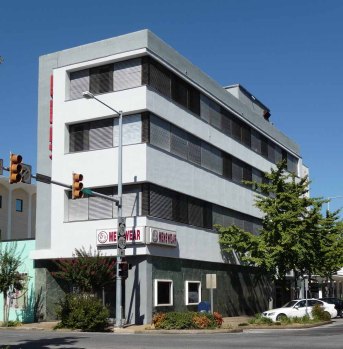 Meridian Main Street on Nov. 1 will be hosting self-guided tours through 12 vacant downtown buildings built between 1860 and 1930. The buildings open at 9 a.m. and close at 1 p.m.

Maps will be available in Dumont Plaza, beginning at 9 a.m.

“The purpose of the tour is to bring positive attention to the downtown area of Meridian with special emphasis on the opportunities that unoccupied properties might bring to the small business and economic development of the area,” said  Karen Rooney, executive director of Meridian Main Street. “This will be the public’s chance to tour long vacant spaces, inside and out. . . .

The tour is open to the public, curious and investors alike and will include the Hulett building, the Vise Clinic, the E. F. Young Hotel, the Raynor Drug building and the Regions Bank building.

Meanwhile, in Jackson, Downtown on Display will be a part of the Town Creek Arts Festival:

Jackson’s most historic neighborhood is joining the excitement of the Town Creek Arts Festival by opening its doors to give visitors a unique view of the buildings, churches, and businesses that make Downtown Jackson home. From 2 to 5 PM, Saturday, November 1st, take architectural tours, get access to magnificent views, eat, shop, and listen to live music. Join us as we put “Downtown on Display.”

On the subject of tours, a travel agency in Chicago is scouting out sites for an African American heritage tour in Vicksburg, according to the Vicksburg Post:

Sharon Robinson of Tyler Travel in Chicago was in Vicksburg this week scouting locations for potential tours. “There’s a strong connection between Chicago and Mississippi,” Robinson said. “People want to go back and tour Mississippi.

Some of the attractions she scouted include the Jacqueline House Museum and Vicksburg National Military Park. Jacqueline House opened in the 1990s and is the only museum in the city dedicated exclusively to African-American History.

“There’s only one monument in a National Park that’s dedicated to U.S. Colored Troops, and it is here in this park,” Crear said.

Mr. Chastain was born in Leland, Mississippi in 1922 and moved with his parents to Jackson in 1933 when his father was named Superintendent of the Jackson Public Schools. He attended Power Elementary School, Central High School, Columbia Military Academy, and Millsaps College. While at Millsaps, he was a member of Kappa Alpha Order. In 1942, he enlisted in the U.S. Navy and served in the Pacific Theater during World War II. On discharge, he enrolled at Georgia Tech School of Architecture. He returned to Jackson in 1950 where he was employed by an architectural firm. In 1956 he was hired by the Jackson Public Schools as Director of School Construction and in 1958 opened an office for the practice of architecture. In 1972 he was appointed Director of the Mississippi State Building Commission where he served until 1976 when he moved to the Mississippi Department of Mental Health to follow construction at the department’s six institutions. During his time with the Department of Mental Health, the mental health board asked him to serve a short period as Interim Director of the Department of Mental Health. In 1980 he returned to the State Building Commission as its director until retirement in 1988. He served as President of the Mississippi chapter of the American Institute of Architects in 1963. He was a volunteer for Hospice Ministries. 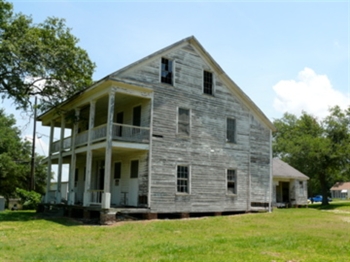 The two historic Delmas houses in Pascagoula, all that remained of the small Front Street Historic District, listed on the National Register in 1984 finally met their demise last week, according to photos from Pascagoula. The James Delmas House, built in 1840, is a particular loss. Preservationists have been trying to save these buildings for many years, but despite their best efforts, neglect and abandonment took their toll. Trouble started long ago when the waterfront site, shaded by ancient and beautiful oaks, became a smelly and loud processing plant and made this area not desirable for residential occupancy. The 1889 Lewis House was demolished in 2004, leaving only these two of the original five houses that were listed in the historic district. Then Katrina flooded the houses, and that’s how we got to the point where a once-grand antebellum waterfront house was demolished.