Two weeks since our last round-up and a lot has happened  so let’s jump right into this week’s roundup.

Starting on the coast in Gulfport, a new developer is taking over former Gulfport VA redevelopment project.  Virginia Attorney Robert Lubin bought the Natchez Eola Hotel building in 2014, the Gulfport Markham building in 2016, and now is involved to develop former Gulfport Veteran Affairs hospital campus, along with a Gulfport harbor casino site. Each of these projects rely on Lubin’s securing funding from a federal program known as EB-5.  I’d feel a lot better about this news if we had a finished project by Mr. Lubin as an example.  As far as has been reported, there are no concrete plans for any of these projects.

Also in Gulfport a small mid-century house was destroyed fire.  I was sorry to see it destroyed as it was an interesting combination of stone-kote, wood board & batten, and asbestos tiles. http://www.wlox.com/story/35841836/overnight-fire-destroys-vacant-home-in-gulfport 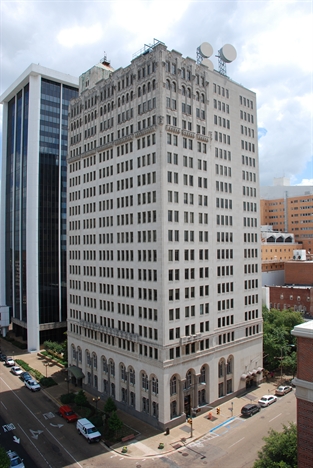 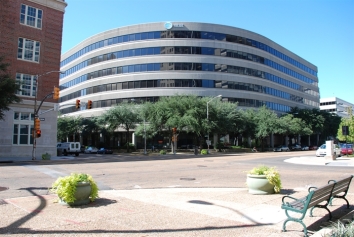 A Clarion Ledger article asks, “Is this resurrected blues club a sign of growth for Jackson?” The article gives a quick list of downtown developments that are either in the works or under construction. This list includes the former Edison Walthall Hotel, the former Eastland Courthouse, the Capitol Art Lofts and the Deposit Guaranty apartments.  Plans for the Landmark Center are to include 180 apartments plus a grocery store. 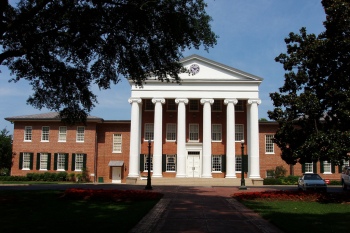 From Oxford there have been several stories about the Ole Miss effort to recognize slave labor on pre-Civil War buildings.

From the Vicksburg Post we have a story of multiple agencies coming together to breathe life into the former Mississippi Hardware Building.  The building at the corner of Washington and Depot streets is part of local, state and federal consortium plans to transform the building into a high-tech center.   http://www.vicksburgpost.com/2017/07/08/agencies-coming-together-to-breath-life-into-mississippi-hardware/

Also in Vicksburg, Clarksdale Mayor Bill Luckett spoke at the Heritage Guild of Vicksburg and Warren County’s Annual Community Meeting.  Luckett is an attorney, builder, restorer and preservationist, and he has been instrumental in improving the infrastructure and appearance of his hometown.  The take away from his presentation? “Capitalize on what you’ve got,” cultural history & historical structures are important part of attracting tourists dollars.

A new Brookhaven alderwoman wants to see an old hospital gone. The former King’s Daughters Hospital on the corner of North Jackson and West Congress streets was initially built in 1922 and would continue to grow until it eventually move into a new facility on Hwy. 51 in 1964.  The building most recently served as an assisted living home, but has been empty for some time.  It sounds like alderwoman Harrigill might do well to talk to the folks up in Vicksburg to “Capitalize on what you’ve got” and find a way to turn the old hospital building into an asset for her constituents.  The building is old enough and looks to maintain a lot of historic integrity that it could be eligible for rehabilitation tax incentives. 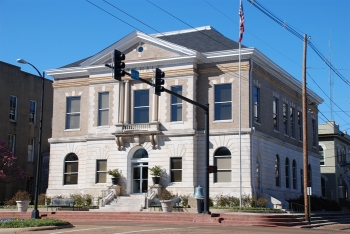 The Daily Journal boasts that school rehab boosts the local economy in Tupelo and Lee County.   The Tupelo and Lee County school districts are working with local contractors to rehabilitate their existing buildings.  Not surprised they know that putting money into maintaining the buildings they have is a more affordable and effective solution than building new buildings.  Lawhon Elementary, Tupelo Middle School, and Tupelo High School are those the article lists as receiving work this summer.

New Coca-Cola museum in Corinth is open to the public.  The free museum is adjacent to the Coke bottling plant that is in a building that dates back to 1972.

An interesting historic house in Benton County is now free from a bee infestation.