What happened to June?   It’s hard to believe it’s almost over but let’s jump right into this week’s roundup.

From Meridian two stories this week.  The first is regarding preservation grant funds.  According to the Meridian Star:

The Charles L. Young, Sr. Grant for Historic Preservation is available to nonprofit organizations, schools, and government entities in the African-American community of Meridian and Lauderdale County. The grant of $1,285 is available to support building renovations, capital improvements, and special projects that emphasize African-American history, culture and achievement.

The deadline to apply is June 30. Contact the Community Foundation of East Mississippi to obtain the grant application at 601-696-3035 or office@cfem.org

Also in Meridian, Gov. Bryant apparently visited the Lauderdale County Courthouse and referred to its physical state as “concerning.”  According to the article the Governor made a brief tour of the Courthouse on June 22.

Bryant says the courthouse is in desperate need of repair. He says some funding could come from the Mississippi Department of Archives and History or the U.S. Department of Justice.

The article also mentions that county has a meeting with the Department of Archives and History on June 27. Hopefully the county will work with MDAH to find a way to restore the historic courthouse.  I hope the governor helps make sure that MDAH receives those funds to award to the County for the courthouse restoration.

In Columbus, the childhood home of noted Disney animator, painter Joshua Meador is on the market.  The Meador family moved into a then new bungalow home on North Sixth Avenue when Joshua Meador was two years old in 1918. The house remained in the family until his mother’s death in 1970.

Another story from Columbus is that the 36 windows in the Columbus-Lowndes Public Library on North Seventh Street will soon be replaced.  The article states that paperwork has been submitted “to the Mississippi Department of Archives and History because the library is in a historic district.”  I’m not sure why because MDAH doesn’t oversee work in historic districts.  This might relate to the funding source of the window replacement rather than just the building solely being in the historic district.  Does anyone know more about this story? 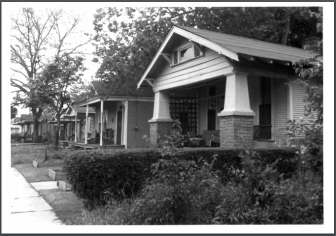 In Jackson news, the Farish Street housing project hits snags of the developer’s own design.  According to the Jackson Free Press;

At the [Jackson Historic Preservation] commission’s May meeting, developers presented their informal proposal to the  commission, during the discussion part of the meeting and promptly walked out, minutes from that meeting show. Chartre Companies Ltd. owner Clarence Chapman said his group also withdrew their formal Certificate of Appropriateness application.

Chapman thinks the commission does not want to give his group a COA to build more homes because it is “‘destroying the fabric of that community,’ which is absurd,” Chapman told the Jackson Free Press.

But the commission’s chairman, Jeff Seabold, who was not a member when it approved Helm Place I and II, emphasized that no one is above the law. Seabold said that in large development projects like Helm Place, the massing (the shape, form and size of the buildings) and scale are important because they can start to change the fabric and feel of a neighborhood, something important under federal Department of Interior standards the commission must use as their guiding principles.

The department’s second standard for rehabilitation of historic buildings, as well as the site and environment attached, adjacent or related to new construction, says that “the historic character of a property shall be retained and preserved.”

“While it’s a great thing for the City to be building housing and helping it out, the overall scale of that project is large. It’s a very big challenge so we have to be very, very specific about some details and other things to be sensitive to the placement of it,” Seabold said.

“When you’ve got two- and three-story townhouses next to … the Scott Ford houses …, it worries people in the neighborhood. We have to consider what that does to those historic sites as well. It’s a district; it’s not single houses that we’re speaking of.”

The house plans also have handicap accessibility issues, just adding to the obviousness that the developers haven’t given much of any thought beyond slapping something up. 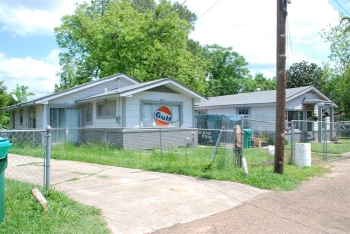 News from Natchez is that the Wharlest Jackson House is now officially listed on National Register of Historic Places.  We had previously reported at the beginning of April that the house was being considered for inclusion on the Register.  Jackson, a civil rights martyr, was killed when a bomb planted under his truck was detonated.  He had been promoted to a job previously held by whites only at the Armstrong Tire Plant.  His murder has never been solved. 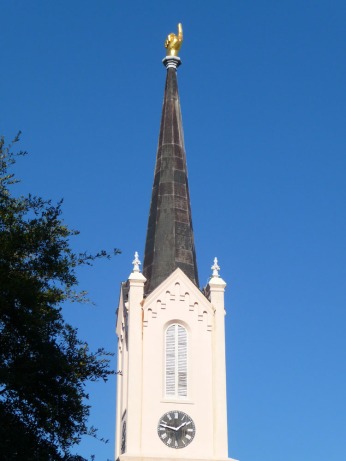 The big story from Port Gibson this week we reported on yesterday is that the pointing hand on the First Presbyterian Church steeple was removed by a crane and is now on its way to Virginia where it will be repaired and then re-gilded and eventually reinstalled.  The hand was last gilded in 1990.

As an update, architect Robert Parker Adams emailed us this picture Tuesday afternoon showing that the Hand has arrived safely in Virginia at ASCo, where they will strip it, evaluate all the metal, and repair damaged areas before passing it on to the Gilder’s Studio for gilding and return to its perch in Port Gibson.

From Moss Point we have news of a fundraiser to be held for the restoration of the 145-year-old parsonage house belonging to the Dantzler Memorial United Methodist Church.

In Biloxi, we reported last week that Beauvoir the historic home of Jefferson Davis received some damage from a tornado caused by Tropical Storm Cindy.  Fortunately the damage was minor. 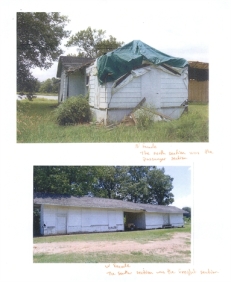 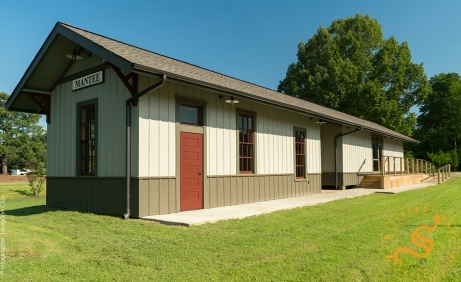 I mentioned last week that an old radio station building in Laurel was the recipient of the Mississippi Main Street Association “Outstanding Adaptive Reuse Project,” but I neglected to mention that the Mississippi Main Street Association also awarded the “Outstanding Rehabilitation Project” award to the Mantee Depot Restoration, in Mantee that was overseen by Belinda Stewart Architects.  The depot also won an AIA Citation award back in October of 2016.

Another story out of Laurel was shared with us by a reader last week.  A building ’round the corner from the rehabbed radio station is also undergoing a rehabilitation.  We look forward to learning more about this project, hopefully it will perhaps pursue historic tax credits and be restored?

https://www.facebook.com/groups/241422182551483/permalink/1733776773316009/Here’s an interesting piece from Blake Wintory at Lakeport Plantation on Greenville Mississippi’s City and Telephone Directories.  It gives a rundown on these valuable research documents, and as an added bonus, Lakeport Plantation provides a digitized version of the 1900 Greenville Telephone Directory you can peruse online.

From a Facebook post by Prospect Hill Plantation, MissPres learned that Bill Gatlin, MDAH National Register Coordinator is retiring.  If you’ve attended a public hearing on a potential new National Register district, you’ve met Bill.  He was also kind enough each year to write the MissPres end of year round-up for new National Register listings.  You can see National Register lists from years past by clicking here and compare this list to the Map of Mississippi National Register Listings.  Stay tuned next week as we have a week-long salute to Mr. Gatlin’s work at MDAH (just kidding!)  Congratulations to Bill on his retirement, and we all know one never really retires from preservation, so we all look forward to what is up next for him.