This is my first attempt at a news roundup so please be forgiving.  If you have any additional information about any of these stories, or if you have your own preservation news from your neck of the woods, please let us know by leaving a comment.

Down in Pascagoula work is continuing on our state’s oldest structure, the La Pointe-Krebs House.  If you thought the dendrochronology completed on the house was interesting, you will likely find this headline and ensuing story intriguing as well: “Mud expert brings unique skill to state’s oldest house.”  The “mud” in question is bousillage, which is a mixture of clay and fibrous substances, Spanish moss in this instance, used as the wall infill between the timbers of a building.  The article doesn’t make it very clear but the c. 1757 portions of the house are constructed of tabby concrete, while the bousillage portions of the building are additions added in the late 18th and early 19th centuries. Be sure to watch the video of the process! 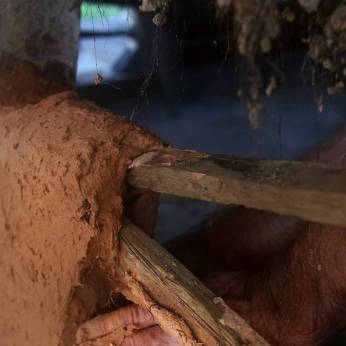 Staying on the coast in Gulfport, two WLOX stories give hope that the rehabilitation of the property might soon be underway thanks to the recently passed historical tax credit bill.

Also in Gulfport, tragic news of an arson in the Handsboro area.  While I don’t know much about this structure, the recent realtor’s listing for 1102 Bridge Street shows a beautiful craftsman house that appears to have been recently rehabilitated with a large wrap around porch. 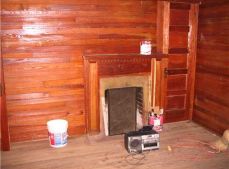 A vote on this November ballot in Jones County may have an effect on the historic courthouses in the county’s twin seats.  The County would like residents to vote on a nonbinding resolution on whether or not to retain two separate courthouses.  According to the MDAH Historic Resource Inventory database both courthouses date to 1907-1908.  They were both designed by Meridian architect P. J. Krouse, and built by the contracting firm of Norris & Gardner.

In Starkville, renovations to the N.W. Overstreet designed armory-turned-city hall & police department-turned- just police department should be underway by now.  Wouldn’t it be nice if Meridian could follow the direction of Starkville and rehabilitate the Chris Risher-designed Meridian Police Department that is currently sitting empty? 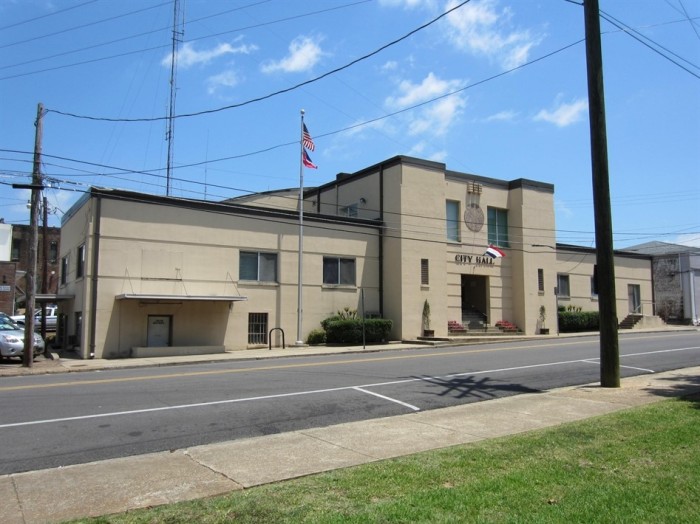 Starkville City Hall, Starkville, Oktibbeha County. Starkville’s Art Moderne-style former armory and City Hall, built 1940-41, has a two-story central mass with one-story wings to each side. It is historically significant because of its association with the military, WPA, and Starkville local government. The building is one of seven armories built in Mississippi built on a Moderne-style prototype design prepared for the Mississippi National Guard by the Jackson firm of Overstreet and Town. N.W. Overstreet was the dean of the architectural profession in Mississippi, and A. Hays Town was one of the state’s most gifted designers during the 1930s and was particularly adept in the Modern style. Overstreet and Town were also pioneers of poured-in-place concrete construction in the state in the 1930s. In “Design for Concrete Armories-Mississippi,” Overstreet described the advantages of the design: “in many small [Mississippi] towns the armory is the only community center, the only theatre, gymnasium or public place of assembly.” For this reason, the prototype design included a stage with a proscenium in the drill hall.

Up in Aberdeen, Aberdeen Main Street has commenced rehabilitation of the former Illinois Central Railroad Depot.

In North Carrollton, the first phase of restoration by Belinda Stewart Architects is complete at the Cotesworth House & Library.  In 2013 with public and private support, the Cotesworth Cultural and Heritage Center acquired the mansion and immediate surrounding property from descendants of long time owner & senator J.Z. George.

Besides being online and more user-friendly, the new application will require applicants to provide more detailed plans for the renovation to homes and businesses within the historic districts.

The former application did not contain wording that told the COA applicant everything that is required to be part of the application package including detailed construction plans and materials being used. 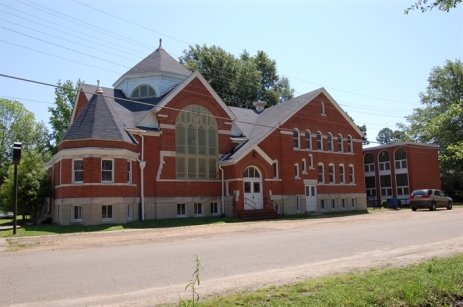 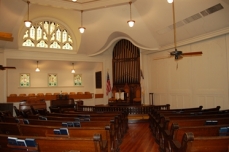 I was surprised to see this story from the Greenwood Commonwealth that the former First Methodist Church in Itta Bena has been sold and will be demolished for salvage.  According to the MDAH HRI database it was built in 1917-1918 and is listed as a contributing structure to the Itta Bena National Register Historic District.

Just remember folks Demolition ≠ Preservation.  It would be the equivalent of killing Grandma so you could wear her jewelry.  Not cool.  A much better alternative would have been this wonderful adaptive reuse of the former St. Francis Street Methodist church in Mobile, AL that converted the building to an event space for musical performances and weddings.

Over in Natchez, a 1930’s log cabin is the focus for a Fort Rosalie site rehabilitation.  Originally the structure served as the ticket and gift shop for the first Fort Rosalie attraction.  While this structure was never a historically accurate interpretation of the original structures at the Fort, this building represents an early example of the heritage tourism built environment in Mississippi.

Also in Natchez, in celebration of the 100th anniversary of the National Park Service, the NPS offered free tours of Melrose this past weekend.

It’s less than a month away now,  on September 21, 2016 the MDAH series History Is Lunch hosts Freda Spell, who will present “Louis Millet: Journey in Glass–Paris to Chicago to Jackson.”   Louis J. Millet, taught at the Chicago Art Institute’s school from 1886 until 1918 and directed its department of decorative design.  He was nationally known for his work in the firm of Healy and Millet, which decorated, frescoed, designed, and manufactured art glass for domestic interiors and public buildings, including Mississippi’s New Capitol.

If you have any additional information about any of these stories, or if you have your own preservation news from your neck of the woods, please let us know by leaving a comment.