Yazoo City’s downtown may qualify as the most homogenous in the state, by which I mean of the same period and of a piece. As most of you probably know, a great fire took out a couple dozen blocks of buildings, both commercial and residential in May 1904. According to the Lexington Herald, “every business house of importance [was] in ashes.” Almost immediately, businessmen started over, and within only a few years, they had Main Street and its side streets back up and running and truly “better than before.”

You can see the physical remnants of this great rebuilding still today.

On a recent visit to Yazoo City, I noticed that while the buildings themselves all fit neatly together, the storefronts–always the most trendy part of a commercial building–had a lot of variation. I actually only found a couple of storefronts that appears intact to the c.1905 era, but I found a whole number of them that seem to have been redone in the “Mid-Century Modern” period. As you recall, this is the same period that I extolled in “The Beauty of Modern Storefronts” a couple of years ago. 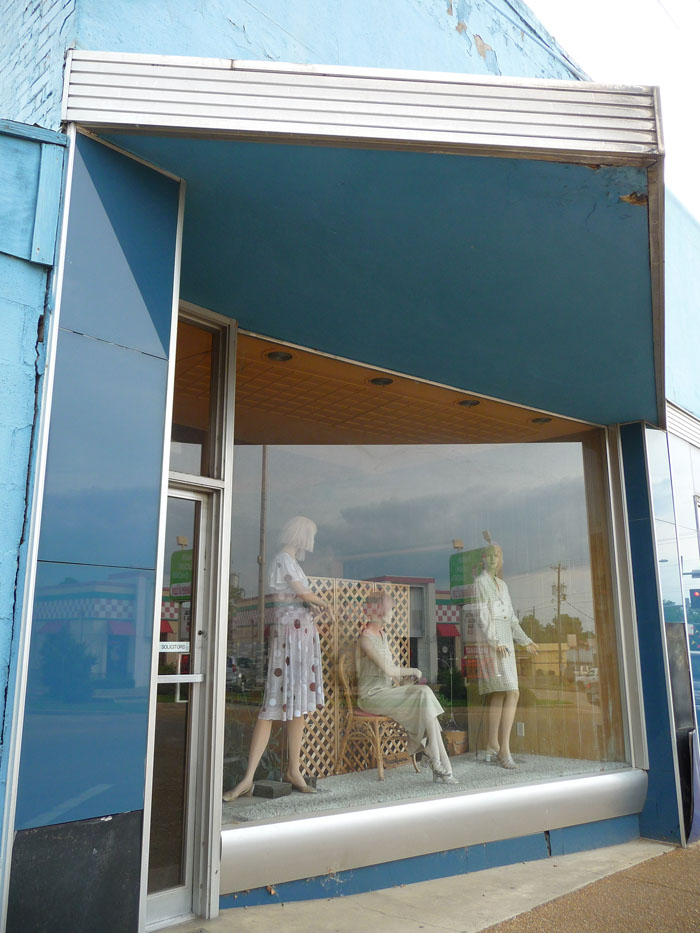 I was disheartened to see that while someone has been painting the facades in . . . colorful palettes, there were quite a number of vacant storefronts, including the colorful ones. Even with the vacancies, take a walk down Yazoo City’s Main Street next time you’re passing through. I have my favorites of the bunch, you will too!