The Beauty of Modernist Storefronts

I admit I sometimes spend a good amount of money on a book that 99.999% of the population wouldn’t pay two cents for. I found one such book on a trip to Cincinnati a while back. Published in 1946, it’s called Modern Store Design by Gene Burke (B.S. Arch) and Edgar Kober of the Institute of Product Research in Los Angeles, California. I bought it because it is filled with beautiful sketches and drawings of how storefronts and retail spaces should be designed, and it’s all in the most Modern style you can imagine. In addition to the drawings, the accompanying text contains pointed advice about how design affects consumers (in the opinion of the authors, obviously).

Here are a few of the many wonderfully Modern sketches and pithy comments the book offers for your viewing pleasure: 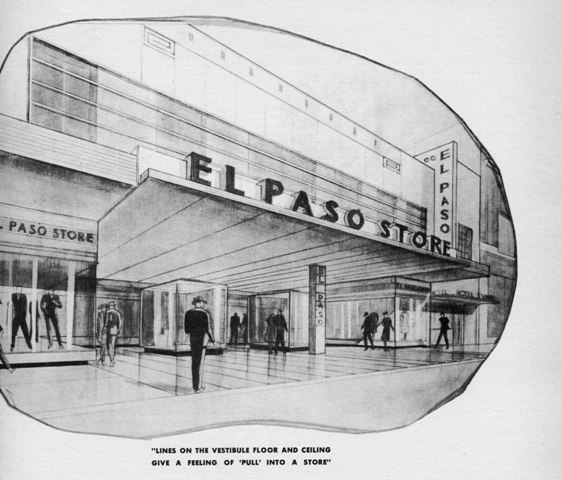 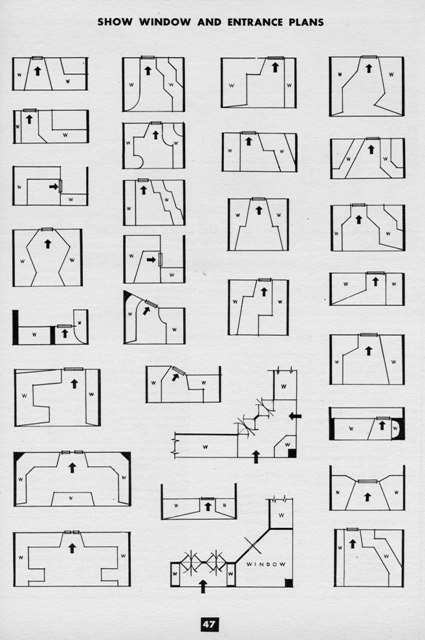 All of these images remind me of some of the 1950s storefronts I’ve seen around Mississippi, including these two beauties in downtown Greenville, where apparently a lot of downtown owners got together in the early 1950s and modernized their stores inside and out.

And this one from the Northwood Shopping Center in Jackson, opened in 1957 and designed by Jackson architect John L. Turner, who also designed the Naval Reserve Center in Jackson. Sadly this one has recently been remodeled out of existence in favor of a boring flat front for a children’s dentistry clinic. 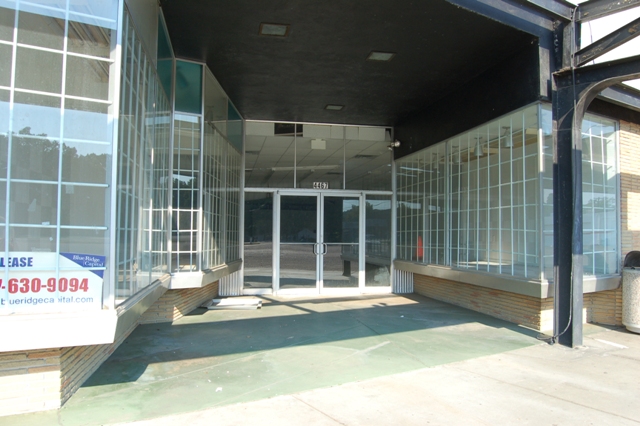 The drawings also remind me of these two sketches I found in the 1948 Jackson City Directory advertising what would have been brand new department stores in downtown Jackson, the Sears and the J.C. Penney’s. These buildings seem to have one foot in the Art Moderne (especially Sears) and one in the International style.

While the Sears building still stands as the Eudora Welty Library, the Penneys–located in the 100 block of E. Capitol–was destroyed by a last gasp of urban renewal in downtown Jackson in 1979. Thankfully, even then, when the building was only 30 years old, architectural historians appreciated the design enough to have it documented at least in photographs by the Historic American Buildings Survey. No matter how many times I look at these pictures, I’m still amazed that Jackson ever had such a spectacular Modern department store building (and of course, that we lost it). 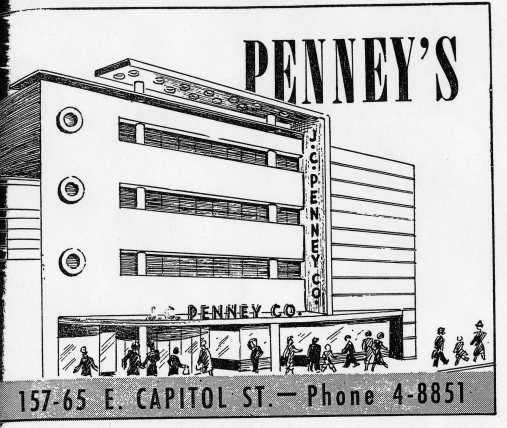 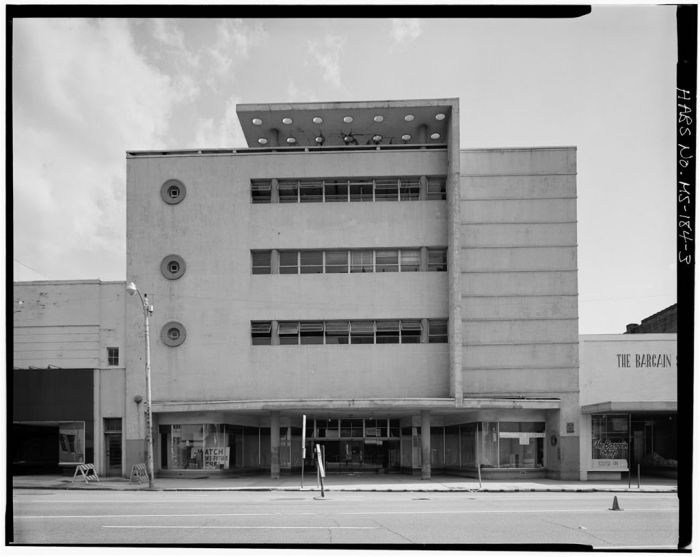