Vicksburg’s famous Cedar Grove Inn overlooking the Mississippi River is on the market for $1.199 million dollars, offered by Ernesto Caldeira of Dorian Bennett Sotheby’s International Realty of New Orleans. You may recall that Mr. Caldeira is also a longtime Woodville preservationist and author of The Plantations of Wilkinson County in 2013.

According to the online listing:

This impressive Roman Revival masterpiece has been a landmark and for the last two decades has been one of Mississippi’s leading inns. It is a gourmet restaurant, an elegant and luxurious 33 room inn housed in several buildings, and it is a very popular venue for weddings, receptions, and meetings. Cedar Grove is offered turn-key fully furnished and equipped except for certain personal items. 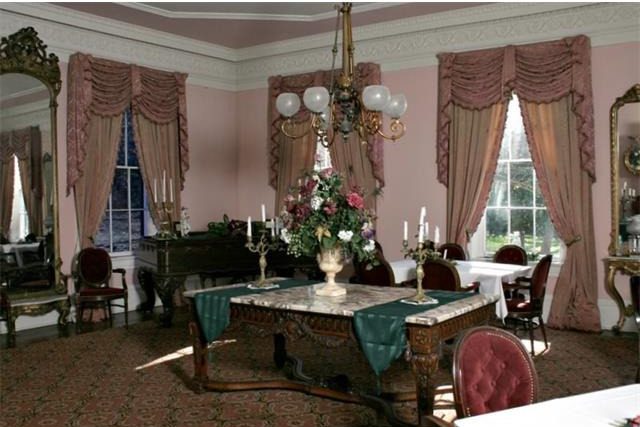 As early as July 1936, Cedar Grove was recognized for its impressive architecture and gardens. Historic American Building Survey photographer James Butters took a couple of photos of Cedar Grove on his trip through Vicksburg that month, taking special care to include the cast iron gazebo in his frame. 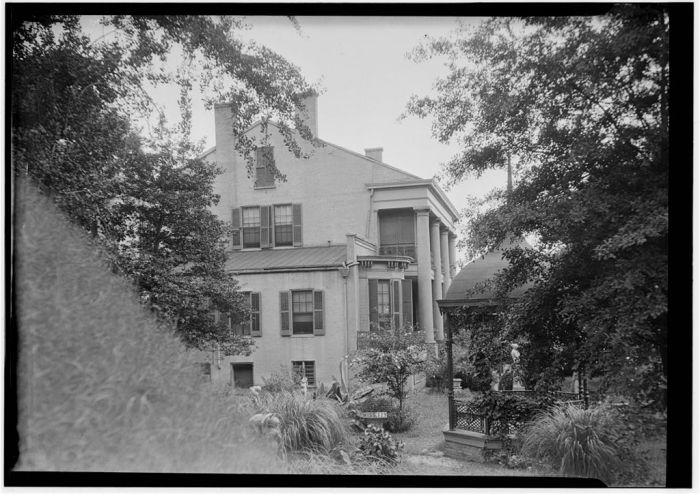 Cedar Grove was listed on the National Register of Historic Places in 1976. The MDAH Historic Resources Database describes it thus:

Built for John Alexander Klein beginning in 1840, Cedar Grove is a good example of Greek Revival domestic design. The house, located on a terrace overlooking the Mississippi River, is a five-bay, brick structure with three-bay porticoes on the east and west elevations. Its original four-over-four form was expanded with later side wings. Among its notable features is the original landscape design complete with terra cotta statuary, cast iron gazebo, brick walks, and fountains fed from an elevated cistern.

Klein’s 1884 obituary noted that he had “a great passion for building,” and Cedar Grove remains his master work. I’m sure he would be pleased with how it has been lovingly preserved for the community for all these years, and I hope someone will step up to move it into a new phase of life.