This former Sinclair station (above) found in Booneville, Mississippi has had its canopy enclosed and its service doors replaced with a storefront.  Despite this it is still recognizable as a Sinclair design. 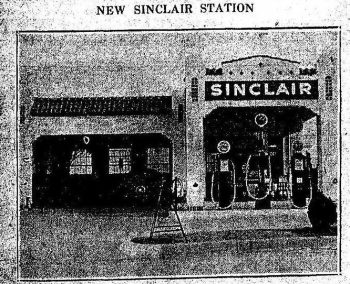 The 2016 TxDOT Field Guide to Gas Stations in Texas  describes these Sinclair stations of the c.1930s era as having the form of an oblong box with an offset canopy.  Other identifying features the field guide identified are:

Sinclair operated as an independent company from 1916 until 1969, when it was acquired by the Atlantic Richfield Company (ARCO) who further broke up the brand.

Do you know of any other Sinclair stations of this style in Mississippi?

Did you enjoy this post on a Mississippi Gas Station? Consider checking out these other “Friday is a Gas” posts.