In honor of Veterans Day, MissPres is taking a three-day trip back to Camp Shelby in World War II, via a set of prosy postcards meant for soldiers to send to family and friends. From the text itself, these seem to date to the first year or so of mobilization, possibly 1941 or 1942, as there are several references to grass that will be planted in the spring.

I’ve been re-watching Band of Brothers recently, so the movie theater tent was familiar to me. Camp Shelby had three of these huge things, which means it had three more theaters than Jackson has today. I don’t think they had stadium seating though, and I can’t imagine the surround sound was very effective. 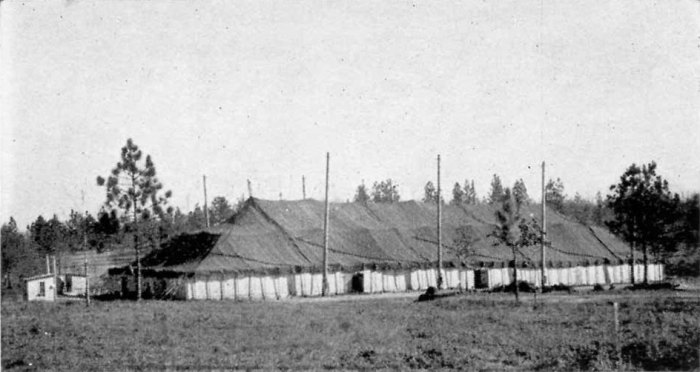 A STREET IN HOSPITAL AREA, CAMP SHELBY. The hospital area in Camp Shelby is built to take care of 2,000 beds. No one need fear lack of medical attention. Covered walks or halls connect all buildings. Covered bridges, cross paved streets and the entire area will be landscaped this spring. 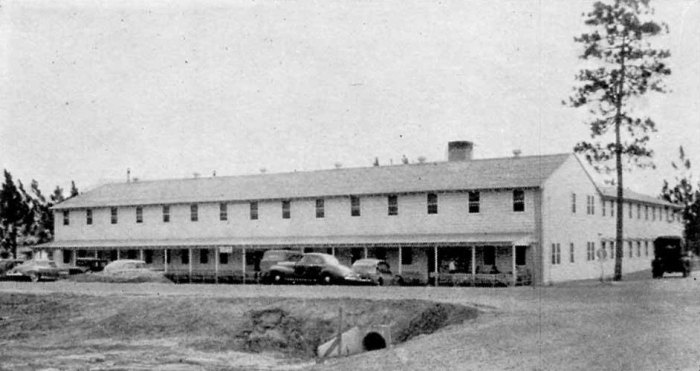 THE 37TH DIVISION SERVICE CLUB, CAMP SHELBY. The Social Center for the entire membership of the Division. Here are held dances, lectures, and other amusements that appeal to the soldier. Guest rooms for the relatives of the soldier are provided.

Bachelor Officers Quarters on Highway 24 are near to the 37th DHQ.

THE SQUAD TENT ROW. An Englishman says his hut is his castle and fights to protect it. This squad tent is a soldier's home and palace. It is 16 feet by 16 feet, partly walled, canvas covered, wire screened, and stove heated, with an iron cot for a couch and healthy buddies as tent mates. Yet for all that he will put up with a pup tent to see that you are safe at home.