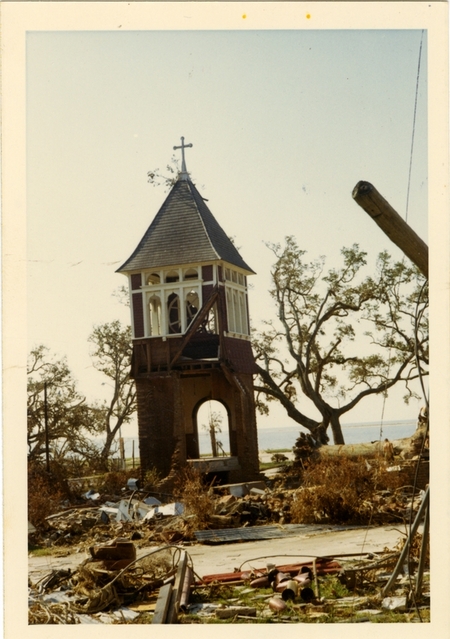 Tower of the Church of the Redeemer, Biloxi, after Hurricane Camille

From the Biloxi Daily Herald, “Landmarks Lost During Camille,” by Emily Germanis, August 16, 1970:

“Historically speaking, the Mississippi Gulf Coast received a great blow as a result of Hurricane Camille. At least 15 well known landmarks were wiped out, others impaired.

. . . .After a survey of historical buildings on the Coast, those records destroyed include:

Those found partially destroyed and repairable include: 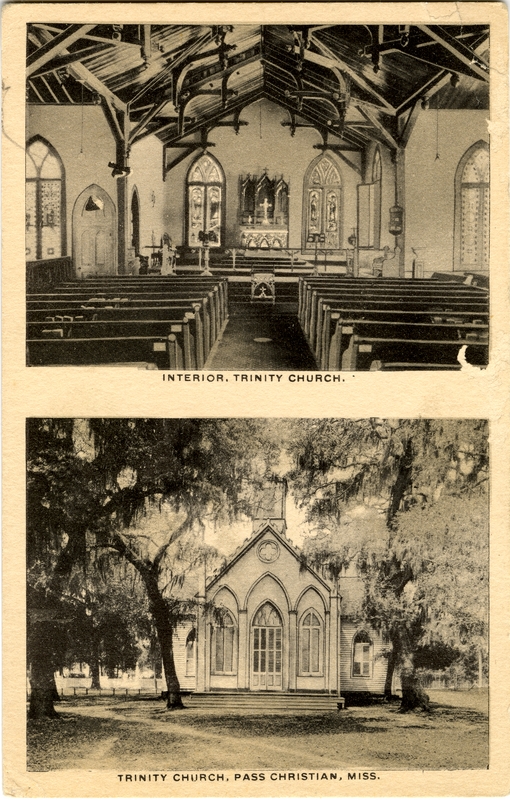 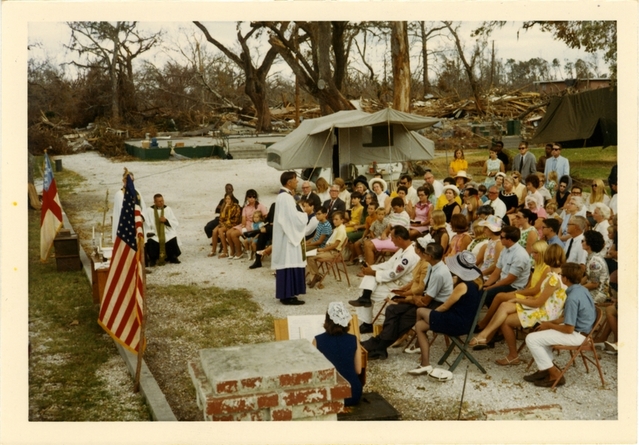