There’s so little information about the Chaffin property that the MDAH Historic Resources Database throws up its hands and says “location not documented.” Because no one has seen it since 1936, when HABS photographer James Butters came through, the house and barn probably belong to our Lost Mississippi series. The house appears to have begun as an I-house, defined as a residence only one-room deep and at least two rooms wide, covered with a side-gabled roof. In this case, the HABS data sheet tells us that a gallery wrapped around to three sides of the house. Typically, Mississippi I-houses have a center hall, and that seems to be the case here with the Chaffin house (see the longer facade on the right). But then there’s an oddity in the doorway beside the chimney leading out onto what is the side porch, even though it’s front and center in this photo, and a rear one-story wing stretches off to the far left, probably a kitchen that began as a detached building and was later connected. Butters was more interested in the log barn, where he took the time to take a detail shot of the half-dovetail joints at the corners. Notice also the barn’s stone pier foundation. 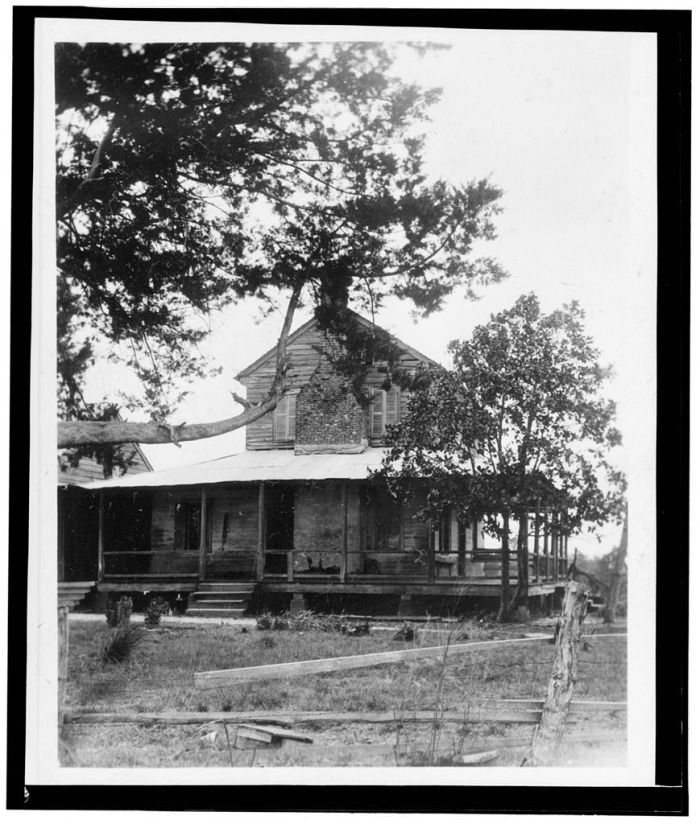 More about the Chaffin House and Barn: