Home › Historic Preservation › Removing the Scar from the War Memorial

Removing the Scar from the War Memorial

If you’ve been to an event at the Old Capitol or the War Memorial Building in the last five to six months, you’ve probably noticed the disturbingly large brown Rorschach Test-like marking on the limestone of the War Memorial’s south wall, facing the Old Capitol parking lot. I’m told it is the result of an accident by the roofer, E. Cornell Malone, who dropped a 5-gallon bucket of a product called DUOTACK while lifting it up to the roof. This heavy-duty adhesive used for roofing insulation has really scarred the wall of one of my favorite buildings in the state. 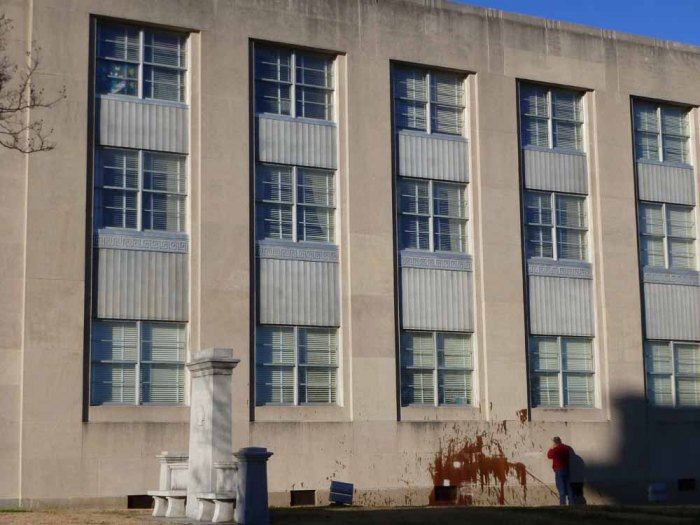 So I was happy while out walking on yesterday’s bright sunshiny day to see someone working on the splash who seemed to know what he was doing. His name is Floyd Parks of United Restoration and Preservation, and he will be leading up the restoration. There are 36 stones affected by the DUOTACK, ranging from the parapet cap to the ground level. Four of the stones are covered over 50% and the stuff is so impermeable that nothing can be done except to remove those stones and resurface them by milling the current surface down to below the adhesive. They’ve apparently tried all sorts of chemicals and other methods known to man and nothing will work to remove or even begin to dissolve the DUOTACK except this. 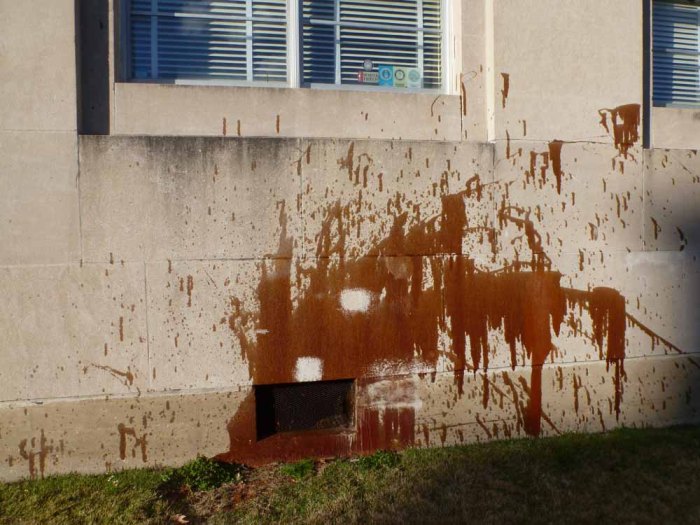 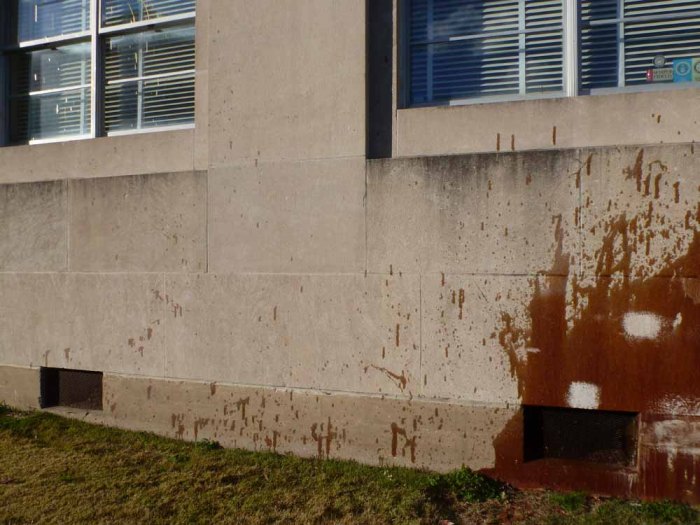 For the less-affected stones, Mr. Parks will be hand-chiseling the spatter marks with a needle chisel and a ball peen hammer–a crazy amount of work for a careless roofing accident. My understanding is that Malone Roofing is paying for the restoration work. Mr. Parks expects that once he gets final approval from the Bureau of Buildings and MDAH and Malone to move forward, the project should be completed and our War Memorial back to (almost) as good as new and with its four limestones back in place 6-8 weeks, “if all goes as planned.” 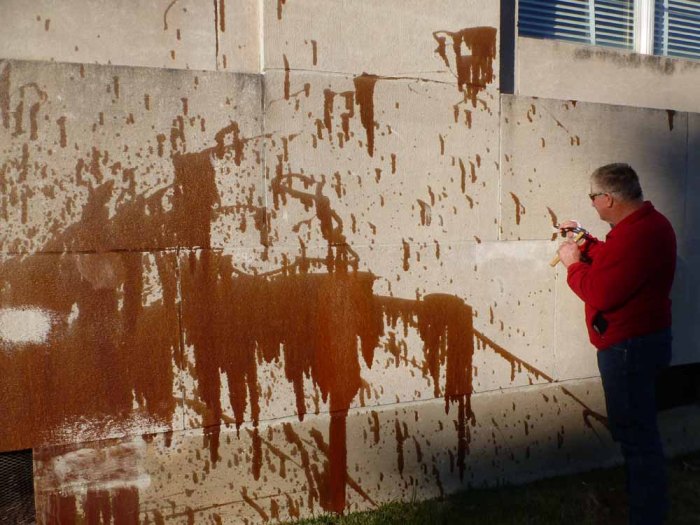 Note to self: Be very careful with buckets of DUOTACK.