Before we get too far into 2016, let’s take a look back at the most popular posts written during 2015.  If you missed any of these posts now would be a good chance to catch up.  If you remember them, it might be a good opportunity to revisit…

The Corinthian order at the Madisonia CVS.

If you haven’t figured it out by now this was an April Fool’s joke.  Being the most popular, lots of folks got in on the joke.

Sadly not a joke.  With the Mt. Holly posts always having been so popular, the high number of views of this post was no surprise.

Forest Home Plantation, Wilkinson County (c.1850-March 2015). Individually listed on the National Register in 1982, this Greek Revival I-house with double gallery burned to the ground despite valiant efforts from the volunteer fire department.

More sad news to bear, but like W. White recently said, even bad news has to be reported.

The most popular Craftsman post of 2015, and rightly so.  I was unaware of this Gustav Stickley design in Greenville until I read this post.

Perhaps due to nostalgia this post about the no longer extant restaurant racked up the views.

Nothing but good news here in this popular New Deal post.

Quite the unique Craftsman house.  Read the post to find out why it is so popular 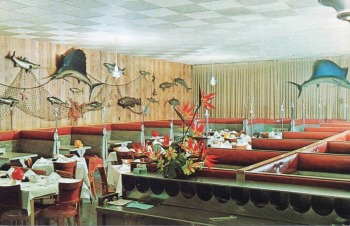 Another nostalgic restaurant post or maybe everyone was just hungry that day :) 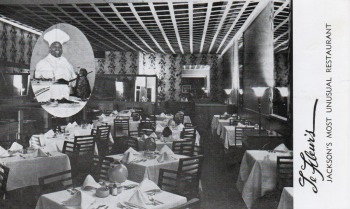 LeFleur’s. 119 So. President–Jackson, Miss. Recommended by Duncan Hines. Famous for Southern Cooking–Fine Steaks–New Orleans Seafood Dishes. Lefleur’s is named for Louis LeFleur–founder of the City of Jackson, which was originally a small trading post known as LeFleur’s Bluff.

The handsome home of Mississippi’s own N.W. Overstreet. 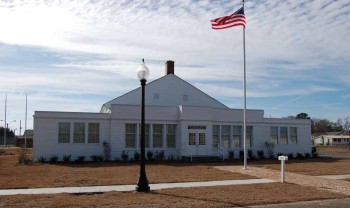 6th Street USO, Hattiesburg (1942). Significant as the only USO club in the state for African American soldiers during World War II, the USO building was recently re-restored after damage from the 2012 Hattiesburg tornado.

88 views isn’t bad, but if you want to find out what to nominate your preservation project for, you’ll have to click the link.

So was one of these 11 posts your favorite of 2015?  Destruction, Craftsmen and Restaurants seem to reign over 2015. Do you want to see more on these topics? How about posts about halting destruction, craftsmen and restaurants in 2016?