Special to the Times Picayune

Biloxi, Miss., May 29– Approximately $1 million will be spent on construction of 67 three-bedroom units at Keesler Air Force Base, it was announced by the public information office.

Occupants of sections of Keesler Kottages and Trailer Park areas on the field have been notified to vacate their properties to make room for the contemplated construction.  Demolition work already has started in parts of the area.

The new units will be of the single-dwelling lustron prefabricated type.  Made of steel, they will contain certain built-in furniture including dish-washer, washing machine, and built-in cabinets.  The area was established two years ago to relieve local housing shortages and rent was furnished free to airmen. 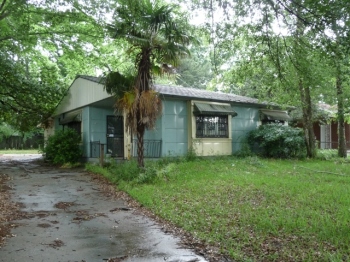 If you’re not familiar with Lustron Houses, we’ve discussed these metal clad curios and the two(?) surviving Mississippi Lustron houses in the early days of MissPres here and here.

Not exactly sure where this Keesler housing development was planned to be located.  Possibly by the current Keesler Famcamp between Hiller Park and Jim Money Road?  Had these 67 structures been built it would have been the largest assembly of Lustron houses ever built, slightly edging out the 60 Lustron houses that were built at the Marine base at Quantico, VA.  I was not able to find any other articles indicating whether or not this project was carried out.  The phrase “contemplated construction” leads me to believe that it’s highly unlikely any Lustron houses were constructed for Keesler housing.  Lustron went bankrupt and stopped production in 1950 owing $37,000,000.00 (roughly $360,000,000.00 in 2015) to the federal government. 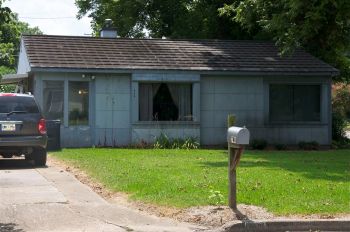 Here’s my estimated project break down based on the cool million price tag; $670,000 for the Lustrons themselves (costing roughly $10,000 apiece) and the remaining $330,000 for assembling the buildings, infrastructure and civil design.  Since the Lustron Corporation owed so much money to the feds the idea was proposed as part of the bankruptcy that homes would be suppled to the armed forces.  None of the branches were interested, otherwise we might have seen these 67 Lustron Houses built in Biloxi. Watching the termites swarm the past several weeks, maybe a metal house makes good sense in Mississippi?

Many Thanks to Keli at the Tulane SEAA for sharing this article.