Playing the Chitlin’ Circuit in Mississippi

Back in the September 5th round-up, Thomas Rosell mentioned the upcoming Mississippi Valley State University lecture series on The Chitlin’ Circuit, the name that emerged for the African American music venues under segregation.

I am familiar with several Chitlin’ Circuit venues on the coast, such as the 100 Men Hall in Bay St. Louis, but I am unaware of what the survival rate of these places is statewide (Thomas Rosell, MissPres News Roundup 9-5-2017).

For the most part, the answer is “not good.”  Earlier posts have highlighted some of the Mississippi venues for travel accommodations featured in Victor Green’s travel guide.  The map below highlights those locations from 1939 (the first year Mississippi was included) through the last publication in 1964.  Locations were clustered along the major North-South corridor (Chicago-New Orleans route) and East-West corridor (Meridian-Vicksburg route). 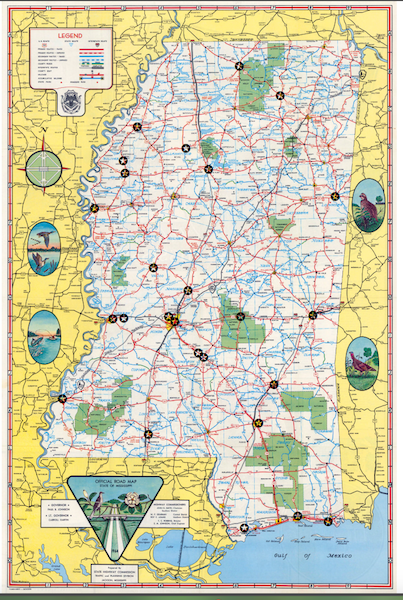 Although there were far more locations on the Chitlin’ Circuit in Mississippi than were ever included in the Green Book, Green’s enterprise named several of the music and night club venues.  Among them were Canton’s Blue Garden Night Club–later rebuilt as the New Club Desire, Columbus’ Queen City Hotel, and McComb’s DeSoto Hotel and Club.

Thanks to the Mississippi Blues Trail markers, it was fairly easy to determine the locations of the most significant clubs on the circuit, and a little more map sleuthing helped to identify the locations still standing–albeit in a variety of states of “standing.”  While no claim is made to include a comprehensive list, the following are those locations that appear to be extant:

Other famous locations on the circuit that are either not extant or unknown include: