This is sort of a word of the week post. Below is a chart that defines the name of different faces that a brick can be laid. Having this handy chart will help decipher today’s post.

A while back I came across the old Fire Station in Tchula, Holmes County. It’s a pretty neat building with lots of detail for a utilitarian building in a small town. The building is T-shaped with the engine bay projecting towards the street in front of what I presume are quarters for the firefighters. The gable end vent with a dated keystone reading 1936 is what initially attracted me to the building, but upon further inspection I noticed on either side of the engine bay walls are decorative brick panels.

On an otherwise normal red brick building laid-up in running-bond, the north and south walls have a decorative panel bound with a darker red soldier course. These panels are infilled with English-bond course alternating red brick headers with the darker red for stretchers. On the south side of the building above a doorway there is a panel of all headers, alternating red and dark red, all bound with a dark red rowlock header.

My initial thought is that the design might have been an outcome of laying the brick in a way that would strengthen the wall, but only the walls on either side of the engine bay have the panels.  The rear wall expanses do not have such panels.  I am impressed by the level of thought and craftsmanship that went into this little building. So hats off to the mason in Tchula who brightened my day over 80 years beyond his labor. Brick panels are an oft employed decorative feature on brick buildings. They help bring detail to an otherwise blank brick wall. But unlike the Tchula Fire department panels tucked away on side walls, these panels are often very prominent. Take the following examples for instance. 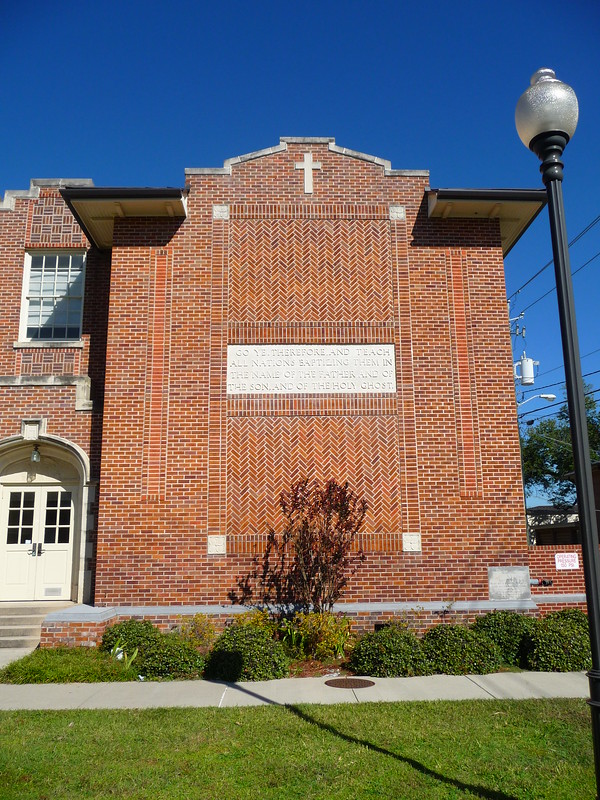 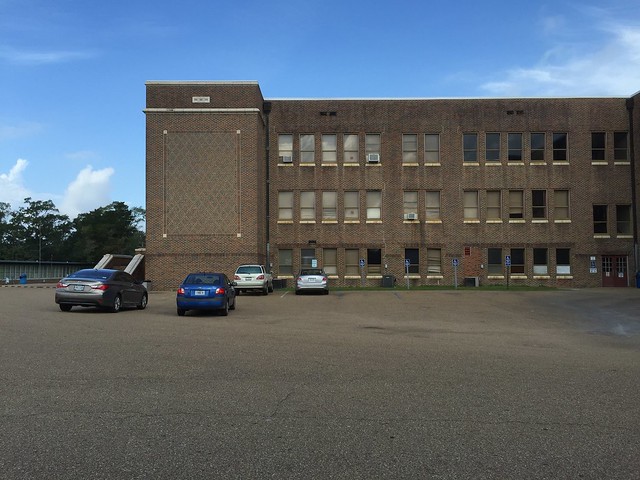 I just realized that all the examples that came to my head are school buildings. Are there any examples that are not schoolhouses?  Surely there maybe some courthouse examples out there. 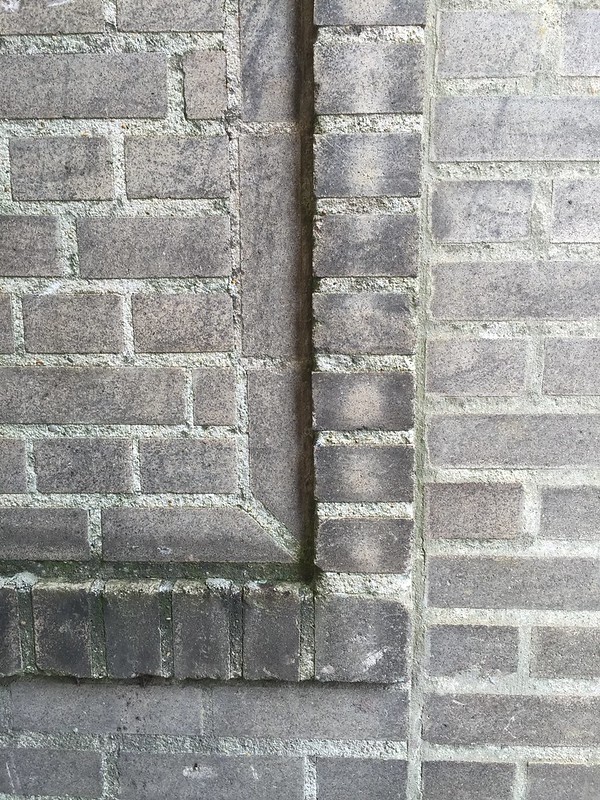 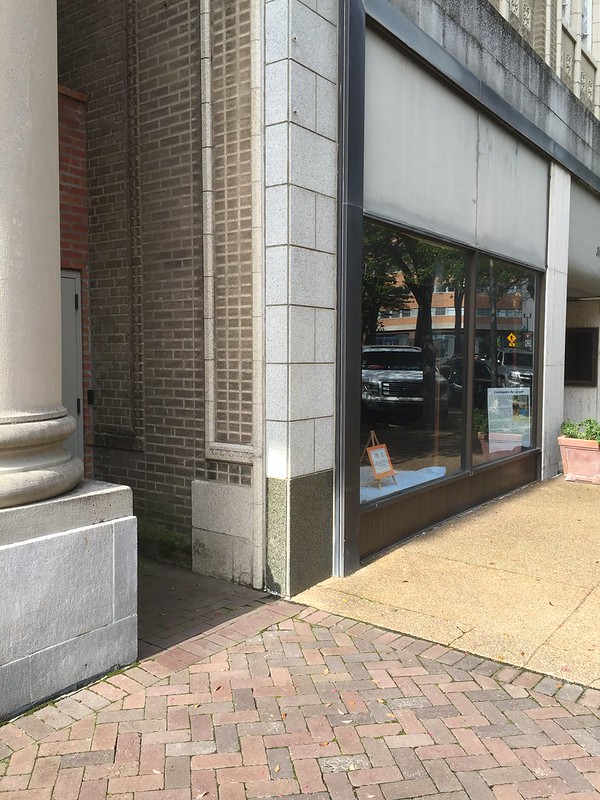 One I can think of that is not an educational building is the Lamar Life Annex Building. On the side of the building is a partially covered brick panel.  Another is a charming c.1930s house in Biloxi that has a brick panel infilled with a triple basket weave bond.

What are some other examples of structures with brick panels can you think of?  Are there any brick panels that date to outside the narrow time frame our examples come from (1927-1936?)  If you know of a brick panel in your neck of Mississippi, try your hand at describing the panel in the comment section below using the brick face vocabulary above.

Follow up:  This post was written before the tornado in Hattiesburg & Petal.  Photos of the devastation brought to my attention a brick panel on the c.1950 Cottrell Memorial CME Church which was severely damaged, though Pastor Archelous Knox has vowed to rebuild.  The street-facing gable end had two arched brick panels infilled with a Flemish bond.  I know the MissPres universe wishes them the best of luck in their restoration efforts.  If there is something we can do to help please let us know.