Sardis Home Economics Building: Could it be a New Deal Building? 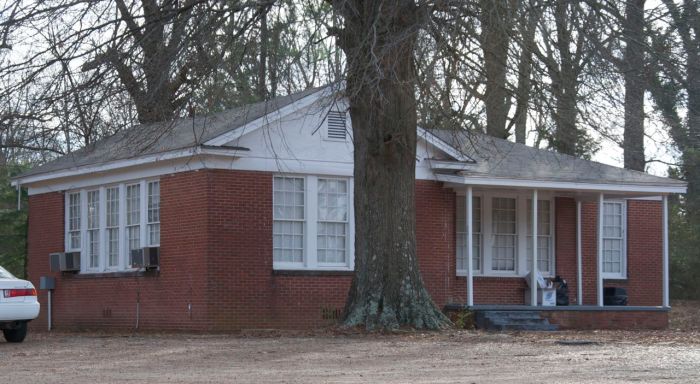 The former home economics building in Sardis–our last visit to the Sardis School Complex–was constructed in 1935 (Mississippi Department of Archives and History, Historic Resources Inventory database).  Unfortunately, there is no other information about the building that I can locate digitally, and I just don’t have the opportunity to make a run down to MDAH and look in the physical archives right now to see if I can dig up anything else.  I throw myself on the mercy of the MissPres community for assistance, because I thought it would be in really poor taste to go hunting for a possible cornerstone in a building that seems to be a private residence now.  I am speculating on the possibility that this could have been funded by one of the New Deal programs: 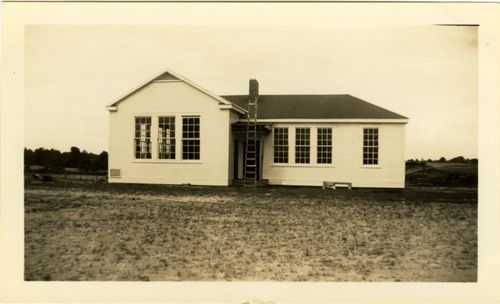 The Bond Home Economics building was constructed by the National Youth Administration in 1937, in the same design.  There were, of course, any number of home economics buildings constructed in Mississippi during the decade 1930-1940 and after.  The NYA was active in Mississippi from 1937-1942, but other school buildings (including home economics buildings) were constructed beginning in 1935 by the WPA.  Home ec buildings were also constructed prior to the New Deal, but I don’t locate any photographs of those for comparison and the HRI generally identifies only the school and the year of construction.  There were, of course, limited forays into federal financing of schools, post offices, and courthouses under the Hoover administration, but there is no documentation of that regarding the Sardis building either. 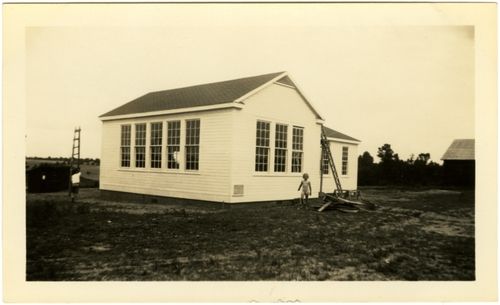 Let’s look at those similarities again:

Home economics buildings were intended to instruct young women–those future homemakers–in the art of not only cooking, but sanitation and hygiene in the kitchen and home, so they were often built like a cottage, with a kitchen, living room, and dining room area, and some had a bathroom.