This week we are following Architectural Photographer Joseph Molitor on the 58th anniversary of his 1954 trip to Mississippi. Molitor’s collection of photos, now at the Columbia University Avery Library in New York, forms an important documentary of what the architectural profession thought were the most important buildings of the post-World War II period.

Picking up from yesterday’s post, you may remember Mr. Molitor left the Mississippi Gulf Coast and continued his photography trip into Louisiana.  During the few days he spent over there he photographed two structures in New Orleans and a residence in Baton Rouge.  By Monday, February 8, 1954, he had returned to Mississippi, arriving in Jackson to shoot the Peter Lutken Sr. Residence for architect James T. Canizaro.  Mr. Lutken Sr. was the president of Lamar Life Insurance company at the time.  His son Peter Lutken Jr. was Vice President of Lamar Life Radio, a company we will hear more about a little bit later.  The 1954 Jackson city directory address for Mr. Lutken Sr. is only listed as Northside Drive, which is a pretty long road.  I haven’t found where this house was or is located–maybe someone out there can help? (ed. note.  Thanks to reader Carunzel for locating this structure in the 1955-56 Jackson city directory.  It is listed as 1803 E. Northside Dr. Jackson, Miss.) 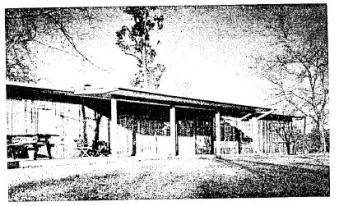 The 10th and 11th of February would be the busiest days of the trip as Molitor would photograph 12 structures total for five different architecture firms, along with many photos of buildings and places that would be featured in the Architectural Record story.  All photographs in this post credited to Joseph Molitor come from that article.

On Wednesday February 10, 1954 Molitor would photograph the Hardy Junior High School for Biggs, Weir, & Chandler.  Also known as the Jack C. Hardy Middle School, this structure built from 1951 to 1953 still stands at the intersection of St. Charles Street and Ellis Avenue, but unfortunately has had a large addition placed in front, hiding that butterfly roof.  Biggs, Weir, & Chandler would go on to design an addition for this school building in 1960.

A “Medical Center” for M-N-O Associates (Malvaney-Naef-Overstreet) is on the Avery Library list.  This structure is the original University of Mississippi Medical School and Teaching Hospital on North State Street.  Built in 1954-1955 this growing complex was still under construction when Molitor photographed it on February 10th.

The Lamar Life Insurance Company was photographed for James Canizaro.  By its Avery Library listing alone I’m not quite sure what this building is.  Back in the 1950’s the Lamar Life Insurance Company had a radio station entitled Lamar Life Radio with a fancy new building located at 715 S. Jefferson Street.  This building is the current WLBT television station.  The 1962 Sanborn Fire Insurance maps show the WLBT television station building having been built in 1954, so it is possible that this is the building Molitor’s records refer to. 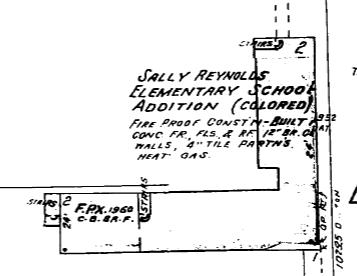 Molitor also photographed two residences on the 10th.  The John Mattingly Residence for Architect John Mattingly and the Mallot Residence.  John Mattingly designed and built his house on Parkhurst Drive in Jackson’s Belhaven neighborhood in 1950.  Mattingly worked for both James Canizaro and N.W. Overstreet before striking out on his own in 1953.  The Mallot Residence was photographed but Molitor did not list an architect or client for that photo shoot, making it even more difficult to identify the structure.  It is possible that this structure may have been the residence of William E. Mallett, of the Engineering firm W. E. Mallett & Associates. I draw this conclusion because John Mattingly worked as an associate architect in Mallett’s firm. Mallett’s house still stands on Belvoir Place, also in the Belhaven neighborhood. 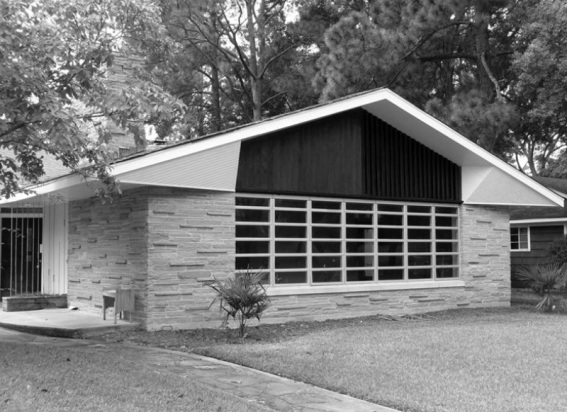 Tomorrow we will wrap up with a look at the last day of Molitor’s 1954 Mississippi trip.  So stay tuned!