Ok, if you hate Modernism, or if you love Craftsman bungalows, or if your name is W. White, you might just want to stop reading right now. Today’s post, a reprint of the feature article in the July 1963 issue of Mississippi Architect, makes us all remember why the preservation movement got started in the first place.

The project presented would be called a “remuddling” today–taking a perfectly innocent bungalow and turning into an architect’s office, minus its full front porch or any of its original character. 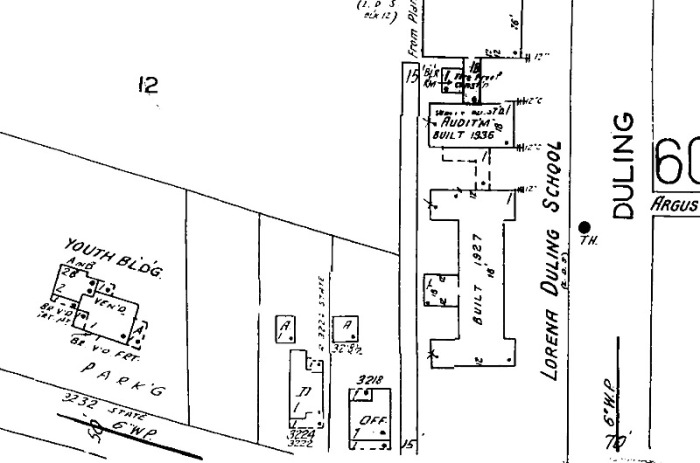 I am pretty sure this building still stood until only a few years ago when it was demolished to make way for the Fondren Place building next to the historic Duling School in Jackson’s Fondren neighborhood (3218 N. State on the Sanborn map at right). It was a sad building as long as I knew it–each owner making his or her own attempts at making it presentable. I admit I didn’t shed a tear when it came down. I might have put up a fight for it to at least be moved if it had still been the sweet little bungalow that is shown below. Oh well, read on, and try to be understanding of the context of the 1960s. 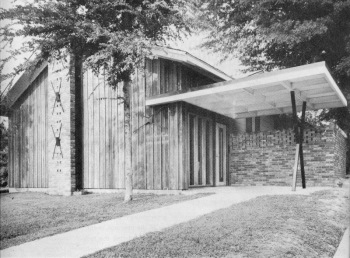 OCCASIONALLY an architect’s client is himself. In the instance illustrated here the architect undertook the job of remodeling a residence to provide space for his office.

Two main objectives in the design were the elimination of steep steps leading to the entrance and the control of sunlight from a western exposure.

The old porch floor and foundation walls were removed and a concrete floor poured on grade thirty inches below the existing floor level. The entrance was moved to the side of the building to provide more graceful access. The sun problem was controlled by use of a screen wall made from brick salvaged from the existing foundation. In addition to providing west window shading, the screen wall serves also as a major design element.

Brick from the foundation also provided a screen wall enclosing a small court off the future conference room. This wall helps screen the existing house from view. With the addition of a small canopy at the entrance the existing roof was kept intact. Decorative panels were suspended to disguise the existing porch ceiling.

Cost of the project was approximately $3,000.00 with much of the actual work being
done by the architect. 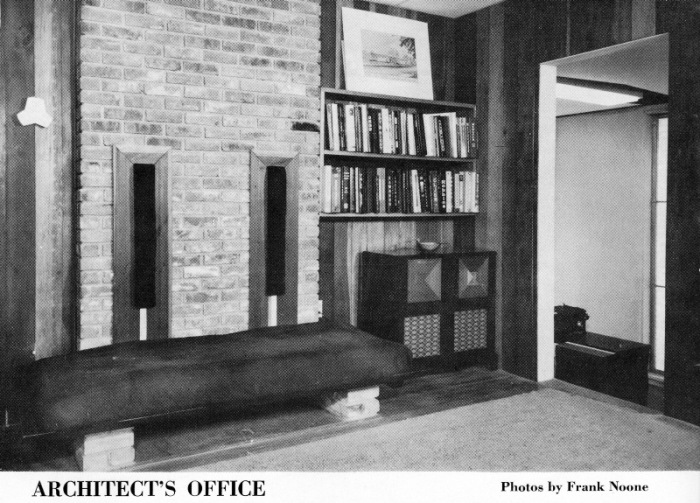 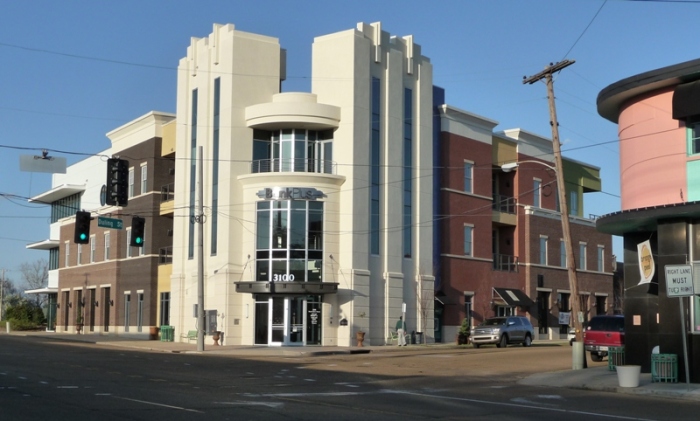