The Story of Mississippi’s New Capitol: Hiring the contractor

Continuing our reading in the “Report of the State House Commission to the Legislature of Mississippi, 1902” . . .

In yesterday’s post, we saw the formation of the State House Commission and their almost superhuman speed in hiring an architect. We also found that their paragraphs could be extremely long, not to say Faulknerian. Today we turn to the more practical concerns once Theodore Link was busy designing away in St. Louis—these included getting the grounds prepared and twisting the Illinois Central’s arm to build a branch line to the site for free:

In considering the subject matter with which the Commission was charged by law, its attention was directed to the practical operation of placing the material for the New Capitol on the site of the building, and as the depots of all the railroads entering Jackson were at a considerable distance from the grounds, it was aware that the matter of transporting material from these several depots to the grounds would entail a considerable cost, and the investigation of the Commission led to the belief that such transportation by ordinary drays and wagons would cost about $100,000. The Commission therefore set about to see if a railroad track could not be constructed into the ground from one of the lines of the railroad entering the city. An arrangement was finally perfected by which the Illinois Central Railroad Company very generously agreed, at its own cost, to construct a track from its main line into the grounds, if the Commission would secure consent for it to do so not only from the municipal authorities of Jackson but also from the owners of land abutting the street through which the track would have to pass. The Commission contracted with the railroad to build this switch without cost to the State, and at the same time bound the Illinois Central Railroad Company to make only a reasonable charge for the switching of cars in and out of the grounds which were loaded with material for the building and which might be brought to Jackson by other railroad companies. The contract was executed, the Commission, through the Governor, having procured the necessary permission from the City of Jackson and of the property owners along said track, except the owners of one lot; and accordingly the track was constructed by the Illinois Central Railroad Company into the Capitol grounds, and arrangements, satisfactory to the other railroads were made by which their cars could be carried to the grounds and returned to them at a reasonable cost. By this arrangement not only was much cost to the State avoided, but also much time was saved, probably expediting the completion of the building as much as a year. Of course, the value of the building was enhanced to the full amount thus saved.

Upon an examination of these bids it was found that none of them were acceptable for the reason that the lowest required the payment of a larger sum than was available under the law. This being the case the Commission was under the necessity of a conference with the architect with a view to see if the cost of the building could be diminished without impairing its substantial value. In this conference between the Commission and the architect, a number of changes were suggested and agreed upon and the cost of the building was materially diminished, but the alterations made do not and will not impair the practical value and substantial worth of the New Capitol. Having adopted these changes, the bidders were invited again to present bids on the plans and specifications as modified and changed, and nearly all of them did so. The second, or amended bids, were carefully examined and scrutinized by the Commission, with the result that it determined that the bid of Messrs. W.A. & A.E. Wells, of Chicago, Illinois, was the lowest and best; and, upon investigating the character of the Messrs. Wells as practical builders, as well as their moral character and financial worth, the Commission finally concluded that it was wise to accept that bid and give them the contract, which was done. Their bid, which was accepted, offered to erect the building in accordance with the modified plans and specifications at and for the sum of $833,179, and to complete the building on or before the 1st day of May, 1903. Accordingly a contract was entered into by the Commission with the Messrs. Wells, they having given all the bonds required by law, and complied with all the pre-requisites to entering upon the execution of the work. The contract with the Messrs. Wells, however, did not embrace the piping of the building for water and heat, nor wiring it for light, a subject to which reference is made further on. 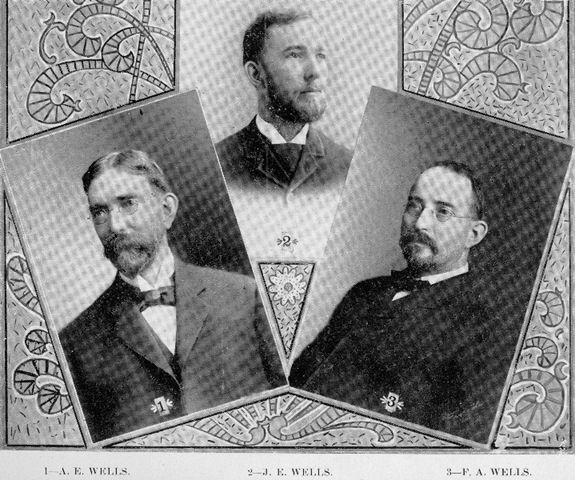 Tomorrow, the dreaded Yazoo clay rears its head and it was just as scary back then as it is today.

This is the second part of a four-part series. Want to keep reading?