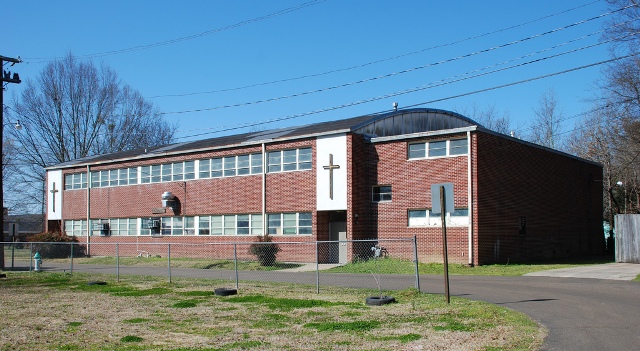 Holy Child Jesus School Gymnasium, Canton, site of rally by Martin Luther King Jr. in 1966 during the March Against Fear begun by James Meredith in Memphis. Meredith was shot early in the walk from Memphis to Jackson and other civil rights leaders took up the march in his absence. The Mississippi State Police unleashed tear-gas on the marchers in Canton.