Duncan, Mississippi after the 1929 Tornado, Part 1 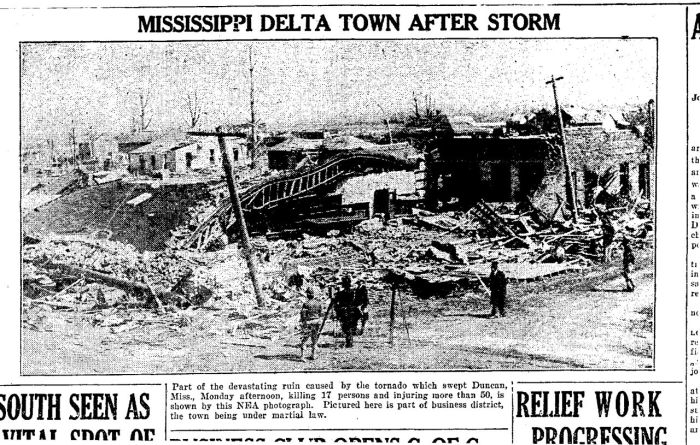 With little warning, a category F4 tornado swept across the Delta village of Duncan at 2:30 p.m. Monday, February 25, 1929.  Two blocks of Main Street businesses (numbering 14 in one report, including a two-story brick hotel) were destroyed.  Sources conflict as to the number of deaths and residences destroyed, but 21 people lost their lives in the final count, and more than 100 homes in the 450 population village were destroyed.  The lighting system was destroyed and the town descended into darkness.  Reports of the tornado’s destruction were carried as far away as the Adelaide, South Australia Advertiser.

According to the Duncan entry in Mississippi: A Guide to the Magnolia State, published in 1938 by the Federal Writers’ Project,

In 1929 all buildings here were swept away by a tornado that killed 22 people.  Since then the town has been completely rebuilt. (p. 319)

Duncan sits just off highway 61, between Shelby and Alligator.  It is mostly farmland, due to its location in the Delta near the Mississippi River, and is home to around 400 people these days.  According to the Mississippi Department of Archives and History, Historic Resources Inventory database, there are three/five pre-1929 buildings in Duncan.

These three buildings are all that remains of what was once the business district of Duncan, at the corner of Main Street and West Park street, north.  MDAH estimates construction as c. 1910.  They are linked together on the HRI description and map, so I am assuming all three are indicated in the c. 1910 time period, and bear similarities of construction, along with the Town Hall, on the opposite side of Main at West Park street, south. 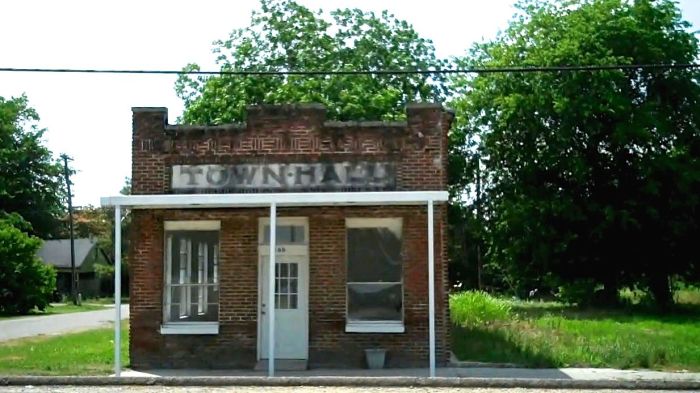 The Dunn Building, located on the other end of West Park, south–next to Main Street, was c. 1920, but no longer extant.  While the tornado itself, and the destruction of the village, rated quite a bit of news coverage in the immediate aftermath of the storm, newspapers are void of any discussion of the rebuilding.  The sole reference to the community post-tornado was the WPA-sponsored book in 1938. 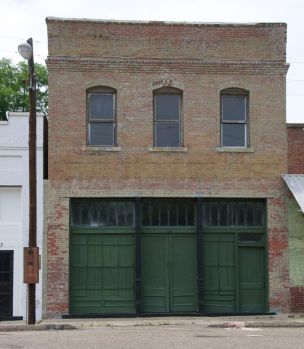 The Chickasaw Iron Works columns are common in the Delta and parts of Mississippi, including on buildings in Mound Bayou, Merigold, Alligator, Natchez, and Oxford, and no telling how many more dating from that same time period.  Use fell out of favor in the early part of the 20th century. 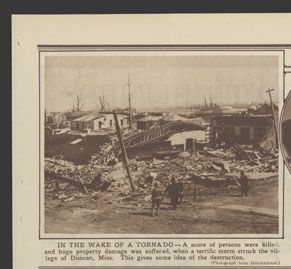