Next up on the “101 Places in Mississippi to see before you die” list is the City Hall of Oxford, former Federal Building and Post Office for 90 years (1885-1975).  The City Hall took 5% (43 votes)  of the vote for the Oxford-Holly Springs region.  Originally constructed in 1885 in a Romanesque Revival style, additions were added in 1936, and the building was restored/renovated in 1975-76.   Architect Robert Parker Adams of Jackson was the architect for the restoration.

Given that the City Hall is one of the most frequently photographed buildings in Oxford, I am changing the perspective slightly and bringing more detail to the forefront: things I have not seen in other photographs.  Everyone has seen the building from the above (or similar) angle, but what about the details?

This arched and recessed window faces west.  It has beautiful detail in the brick work and decorative work in the recess.  I am sure those decorative tile-looking pieces have a name, and I will leave it to the experts here on Preservation in Mississippi to tell us what they are called. 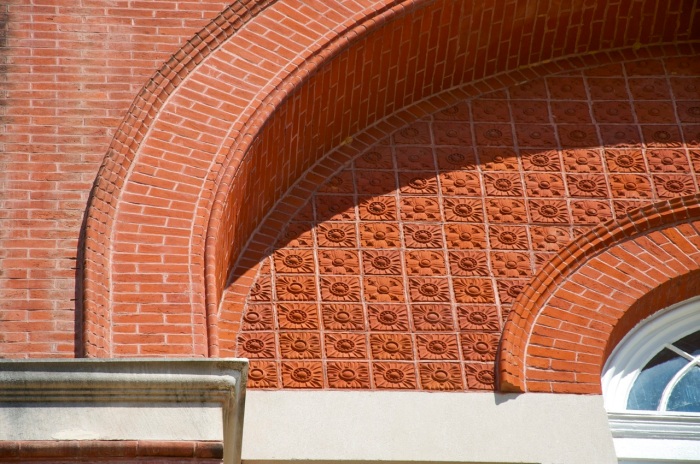 The front door was either restored to its original form in the 1975 renovation, or revised for some other reason.  If one compares the photographs taken from the post-1933 HABS photographs, the difference is clear. 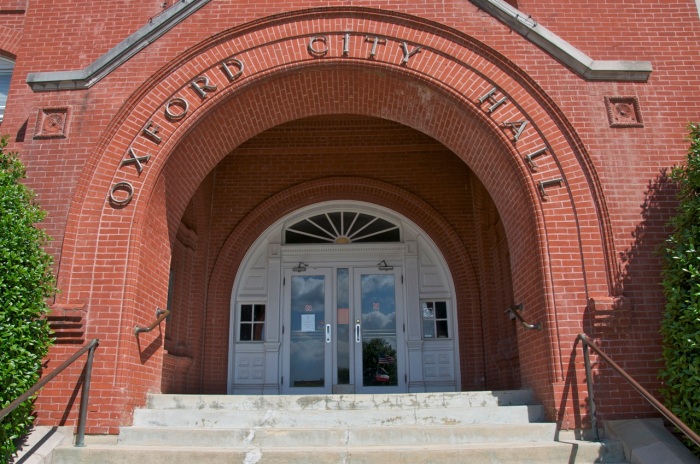 The circa 1933 photos show no fanlight over the door, nor the detail of the arched doorway.  The door was a simple square double entry.

The appearance of stained glass in the lower center of the fanlight (resembling a yellow sun) is actually an amazing coincidence: the light inside the hallway was on, and without my noticing, it perfectly centered into the circle area.  I only noted it when I looked at the similar design on the upper floor windows and wondered why the did not also have “stained glass.” 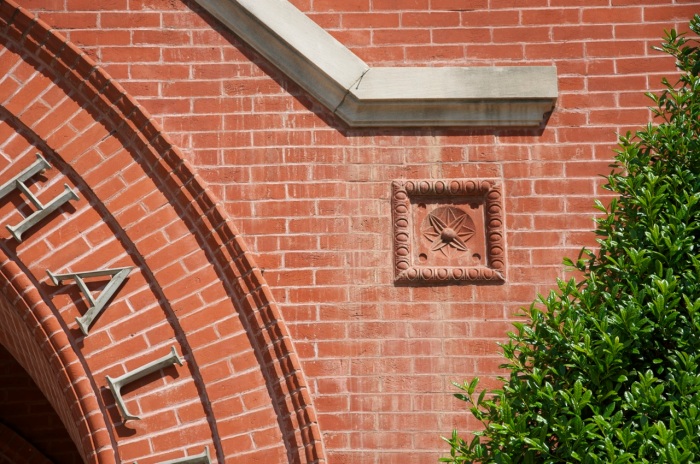 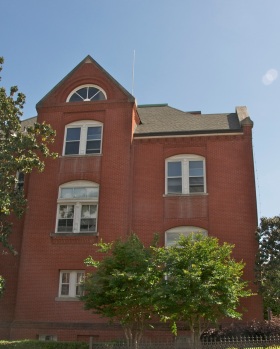 The north wall of the building is less ornate, but also with a half-circle window above simple arched windows. 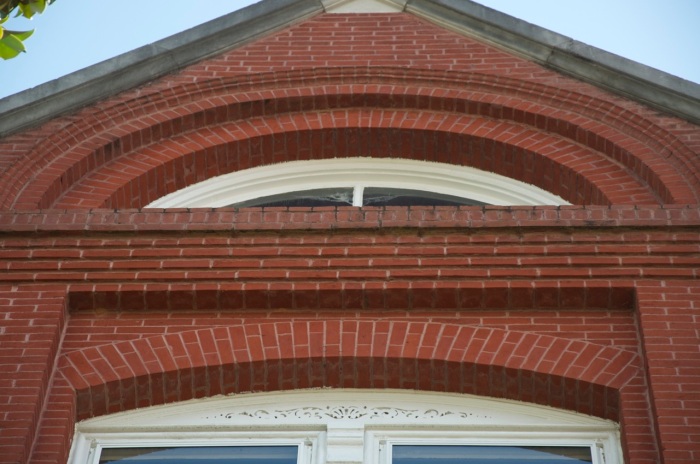 There is intricate carving detail on the north windows that is not present on the front side of the building.  Contractor for the restoration was Elliott Lumber of Oxford.